KTM RC 200 has officially made its debut with the big brother of the RC series. The KTM RC 390 and RC 200 have been launched at the launching event, which was held at the Hyatt Regency, Pune. The event was being addressed by CEO of KTM, Mr. Stefan Pierer. The newly launched sports motorcycle was going through various testing such as riding quality, performance riding posture and much more for so long. Now, as the sports motorcycle has officially revealed by the company, let's feast your eyes over the technical and external features of the motorcycle.

Tech Figures: The KTM RC 200 is a faired version of the existing Duke 200. Apart from the external livery and looks, the RC 200 features the same mechanism which was found in Duke 200. The KTM RC 200 is powered single-cylinder, water-cooled engine with an engine displacement of 199.5cc which is mated to a 6-speed gearbox. The power plant is capable enough to belt out impressive power and torque figures. The total power generated by the 199.5cc engine is 24.7 BHP @ 10,000 RPM and a peak torque of 19.2Nm @ 8000 RPM. 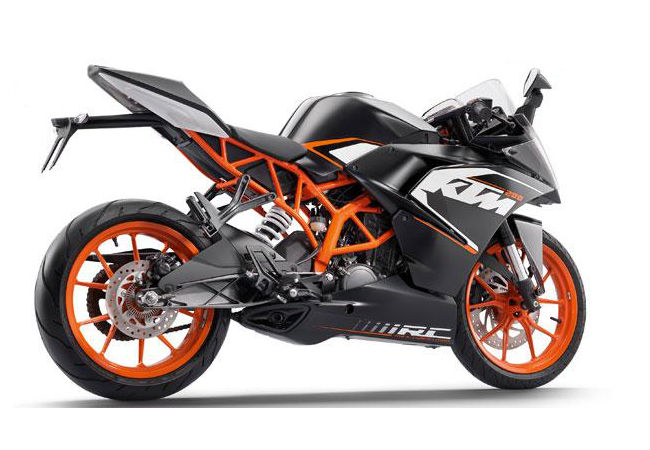 The riding capability of the motorcycle has been taken care by upside-down telescopic front forks and a rear monoshock, which is catered by WP Suspensions. The stopping power of the KTM RC 200 will be taken care by single disc brakes at the front and rear, both. The sports motorcycle will be capable enough to give the rider an economic riding holding a fuel tank capacity of 9.5 Liters. Instead being the lowest range motorcycle in the RC Series, the DNA of the motorcycle does belong to the racing RC Series of the company.

Embellished Features:- Obviously, the KTM RC 200 gets the traditional Black and Orange theme. The exposed orange colored trellis frame gives this motorcycle a complete racing look. The twin circular headlamps along with the visor and the digital instrument console help it make more attractive than any other motorcycle. The LED daytime running lights give a nice touch to the overall look. 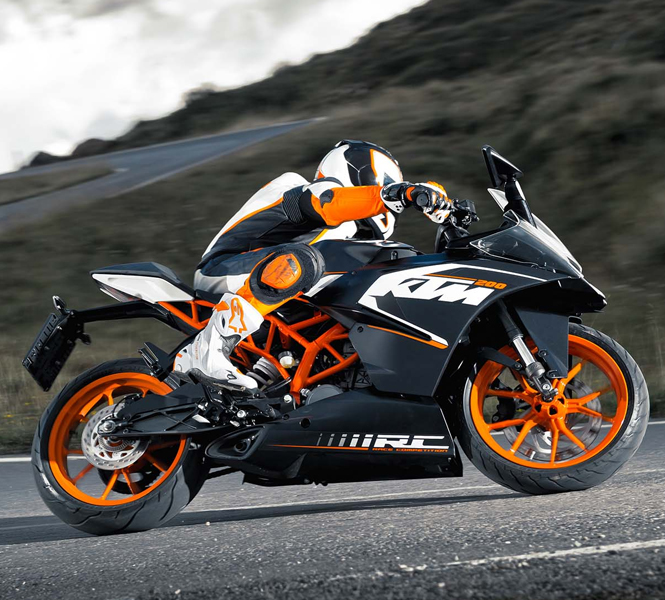 Currently, the KTM RC 200 is coming carrying only one color option, i.e. Black with Orange. The booking for the KTM RC 200 is already being commenced by the manufacturer and the deliveries can be expected soon. The KTM RC 200 has come-up carrying a price tag of Rs 1.60 Lakh (Ex-Showroom Delhi). The newly launched motorcycle is available at all pro-biking showrooms of KTM.