While a plethora of automobile manufacturers are gearing up for the introduction of mid-displacement bikes in the Indian sector this festive period, BMW, among them is preparing for a bike, which has been a topic of chitchat since its first glimpse around. The keenly-awaited G310R is announced to be hitting the dealerships soon, which means the launch could take place any time now.

The gradual decline of interest in two-wheelers across the globe is a matter of serious concern for the motorcycle manufacturers. This is because of the evermore startled and overpriced models. The made-in-India KTM 390 Duke and RC are performing very well in the European and the American markets, which highlights the importance of this category of a bike as well as the strategy for selling the India-made motorcycles worldwide. Coming over to BMW again, the bike maker has jumped into the field after KTM, and now it is all set to strut its style in a new vogue. 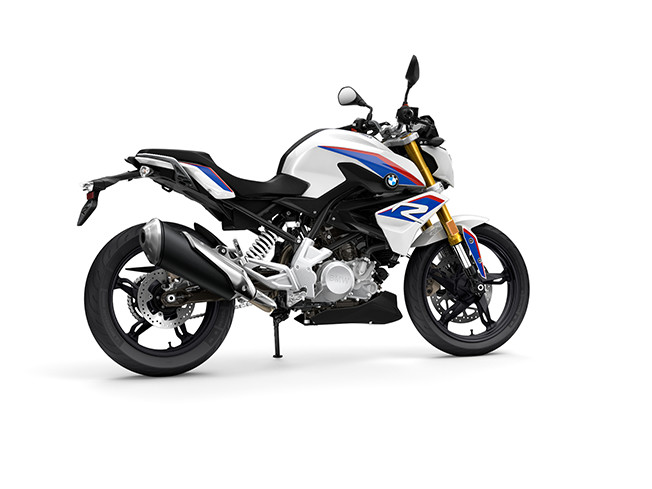 Keeping aside the BMW’s styling hallmark, which is known for making quirky machines, this time, the automaker seems to be playing safe retaining the design as simple as possible yet bewitching. On the mechanical front, the engine packed is with 313cc displacement unit, which generates 34BHP of maximum power and bears a kerb weight of 158 kg. The promising factors, which could make enthusiasts rush to their cheque books are good ride comfort and practicality as the performance figures won’t be able to impress probably.

You may also like: BMW Joins Hands with Revel; Working on App

But, that doesn’t mean to count the G310R a dull tourer as the single-stroke engine’s profile positions the cylinder towards the rear wheel while the exhaust canal departs from the rear end. This optimizes the weight distribution and makes it a more compact motorcycle. Technical section comprised of USD front forks, monoshock rear, and 310mm disc brake (ABS equipped). Longer swingarm provides much stability and keeps the wheelbase tight that further results in better maneuverability. As far as the price is concerned, the BMW G310R is going to hold a starting price tag Rs. 1.8 lakh (ex-showroom) and coming in a few months.