It is almost a year since the launch of the Mahindra KUV100 NXT and the Indian Automaker is all set to bring its diesel-AMT variant too. Reportedly, Mahindra is also working on an update of the KUV100 range in line with the new crash test norms to come into effect from October 2019. 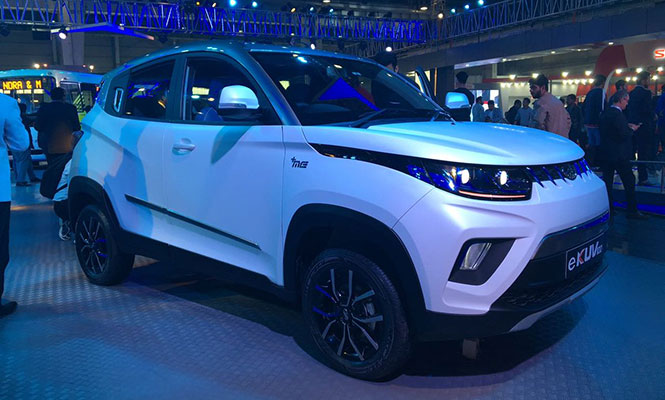 Read Also - AEB and ESC to be offered as standard across all Cars by 2022-23, Price rise expected

Mahindra also announced that an electric variant of the KUV100 will be added to the lineup. Christened as the eKUV100, the electric trim was reportedly showcased at the 2018 Delhi Auto Expo. It will be powered by the same lithium-ion battery pack that powers the eVerito. A 30kW motor will drive the eKUV100. Some key highlights of the electric variant include:

Mahindra is hopeful that by the launch date, the eKUV100 will have an updated motor and battery pack.

Mahindra Confirms Next-gen, Will Not Participate in Auto Expo 2020
Views: 3485