Mahindra Owned SsangYong Launched its Tivoli in Nepal at NPR 5,375,000

Mahindra owned SsangYong has launched its newly designed compact crossover in Nepal with a price tag of NPR 5,375,000 (INR 33.66 Lakhs). It is also the first model that has been designed by the company after being acquired by the Mahindra and Mahindra. In spite of the fact that India is the home market of Mahindra, we are still missing the model in the country.

When it comes to the powertrain, it is similar to the one which was showcased at the 2016 Auto expo a couple of months earlier. Available in both petrol and diesel, the engines are also mated with both manual and automatic transmission unit as an option. The former is powered by a 1.6-litre trim, which is good enough to deliver a maximum power of 126 PS and 160 Nm of  torque. The latter also comes with the same powerhouse, but generating different power of 115 PS and a peak torque of 300 Nm. Unlike the 2WD, you can also have the 4x4 facility on the higher versions. 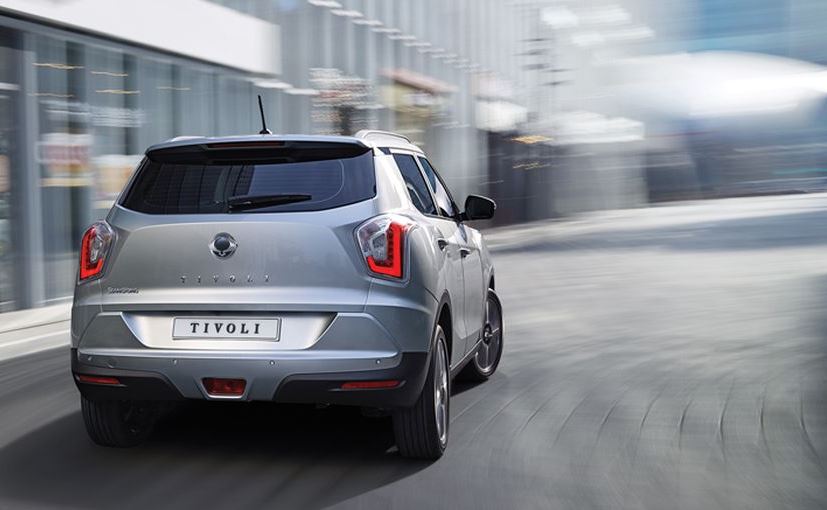 You may also read: Honda Planning to Relaunch the Civic in India

Alongside the SsangYong, other vehicles like Rexton, Korando, Kryon, and Actyon, the new compact crossover will be sold under the new distributorship named IMS motors, which is said to be the new official dealership.  Based on an all-new platform, it will offer similar specs as the India based model. On the exterior counterpart, it  includes sweptback headlamps, daytime running lights, larger air intakes, etc. Moreover, the ultra high strength steel and large boot space have also been provided in the Tivoli.

As of now,  there is no official  announcement for the India launch. But, it is expected to arrive later this year. Post arrivial, it will take on the prominent rivals that fit in the segment such as Hyundai Creta, Renault-Duster, Nissan Terrano and Maruti Suzuki S-Cross.

Spied: New SsangYong Korando Could Be Rebadged As The Next-Gen XUV 500
Views: 1101

Power Meets Luxury in The Yet To Be Named All-New Mahindra SUV (Rebadged SsangYong Rexton)
Views: 1147