Mahindra’s TUV300, a mini SUV, is all set for a mid-life cosmetic update. The indigenous facelift will in all likelihood carry the same 1.5-litre 3-cylinder mHawk engine that powers its other siblings like Scorpio and XUV500. The next-gen TUV300 facelift is also expected to come in two transmission options i.e manual and automatic both. In line with the retiring models, the new variants of the Mahindra TUV300 will either be diesel or petrol powered.

We expect the TUV300 makeover to be nothing short of jaw-dropping. The toothed front grilles may be borrowed from the Marazzo and the Scorpio facelift. Further projector headlamps with daytime running LEDs will add aggressiveness to the fascia. Also, the new TUV300 will rest on all-new dual-tone 15-inch alloy wheels making the front grin a broader and dominating. The rear tail lamps too may be coupled with LED inserts 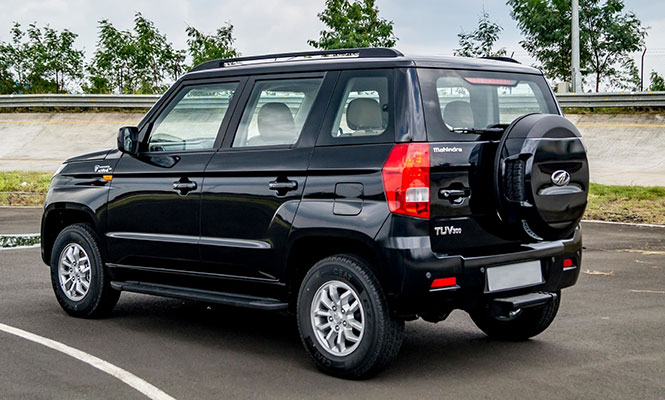 While the exterior of the beast gets more classy and appealing, the cabin will boast of the new feature-rich 7-inch capacitive touchscreen system seen in the Marazzo and the XUV500. In addition Mahindra’s app suite, the infotainment system will support Apple CarPlay and Android Auto. The inside also gets automatic climate control and rear AC vents for a comfortable drive experience to one and all. Driver comfort will get multiplied with electronic power steering, electronically foldable outside rearview mirrors.

The upcoming TUV300 will retain the same 1.5-litre 3-cylinder engine that powers the current model. It will either be mated to a 5-speed manual or AMT transmission. The next-gen TUV300 will miss the more powerful 1.5-litre 4-cylinder engine (123PS/300Nm) that powers the current Marazzo lineup. The updated TUV300 will clock 100PS at 240 Nm. We expect little changes to the price tag. Potential buyers can expect the updated TUV300 to cost anything between Rs 8.31 lakh-10.95 lakh.

Mahindra Confirms Next-gen, Will Not Participate in Auto Expo 2020
Views: 5166