After the unveiling of 2019 facelift model of the Maruti Suzuki Baleno, now the Japanese car manufacturer has revealed the sporty RS version of the Baleno i.e. the Baleno RS facelift.

The company has stated the price figures of the upcoming Baleno RS on its website of Nexa dealer while the official launch is still being awaited.

Read Also:- All New Suzuki Grand Vitara To Come in 2020 As Per Sources

As expected the facelift Baleno RS occupies a new front design along with broader grille and refreshed bumper with a significant central air dam with faux air vents at the fog lamps. 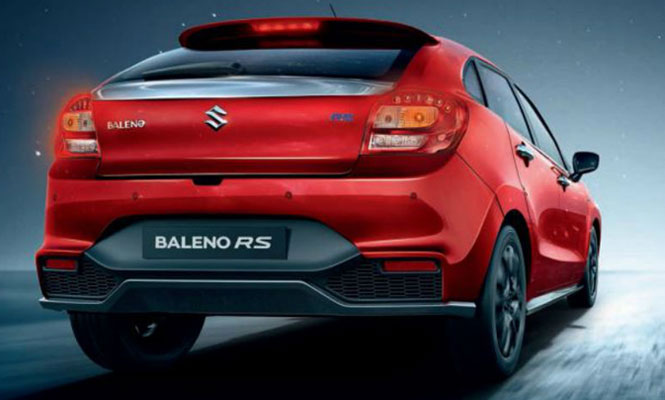 Also one can notice a new set of alloy wheels on the side profile of the car. Talking about the engine, the new Baleno RS offers 102hp, 998cc, three-cylinder Boosterjet engine behind its hood.

However, there are no official pictures of the inside cabin but one can probably get a glimpse of such at the dealer visit. There will be multiple accessories changes as per the speculations.

While in the terms of safety kit, the facelifted Maruti Suzuki Baleno RS would be coming with the dual airbags, ABS with EBD and rear parking sensors as standard.

Here's All You Need to Know about Maruti Baleno RS
Views: 3468