Firstly, the new launched Wagon R would have to compete with the Hyundai Santro and the Tata Tiago. Both of which are popular in their segments. Further Maruti Suzuki announced that it is going to test its Electric version of the Maruti Suzuki Wagon R.

The Automobile Brand said that testing of these vehicles would prove to be helpful for the company in gathering critical inputs based on customers’ perspectives and will help to create a reliable and suitable electric vehicle to delight Indian customers successfully. They further said that these proto-type electric vehicles have been developed based on the existing model of Wagon R which are currently sold in Japan. Also, the manufacture of electric Wagon R is going on at Maruti Suzuki Gurugram Plant in India, exclusively for fleet testing which would provide proof of performance under actual operating conditions. 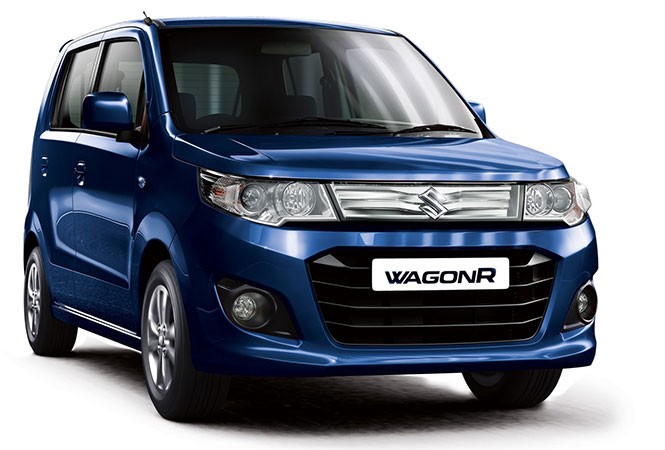 The images flown shows some distinctions like the 'EV' badge at the back. There are subtle differences like a top-mounted windshield viper for the rear. Talking of the front side, there lies another 'Electric Vehicle' badge and the interesting, dual-style headlamps.

Overall, the design of the car is a lot boxier and also smaller than the current-generation Wagon R. For more interesting it is that the electric Wagon R will be using Lithium-ion battery pack. For this, the battery technology has been developed in collaboration with Toyota and Toshiba. If we believe the spy images of the petrol-powered Wagon R launching soon and electric Wagon R, it is easy to understand the fact that both cars are quite different from each other when it comes to the exterior.

Consecutive announcements are made by a Top official regarding Maruti Suzuki India that it will launch two new models in the next fiscal.

The major Automobile brand, which has introduced two models in the current fiscal so far, the Ertiga and Ciaz, seems to look in the process of upgrading its current portfolio and add safety features like airbags, seat belt reminder and reverse parking sensors by June to comply with new safety norms.