Mercedes-Benz, the German car manufacturer has recently announced that it sold 15,538 units during the year 2018 which shows a growth of 1.4 percent as compared to the previous year. However, the company had sold 15,330 units in 2017, Mercedes-Benz, India said in a press statement. The sales of Mercedes-Benz India in the year 2018 were contributed by selling all-around performance across segments from the new-generation cars, sedans, SUVs and the AMG portfolio, said the company.

“We are satisfied with our sales performance in 2018 despite facing strong macroeconomic headwinds in H2(second half), resulting in low consumer sentiment that posed significant sales challenges. We, however, made a strong comeback in the Q4 period (Oct-Dec) and were able to achieve a year-on-year growth," said Martin Schwenk, MD & CEO of Mercedes-Benz India.

Read Also:- Decline of Personel Vehicle Sales by 3% in December 2018

Globalwise, Mercedes-Benz was considered the best selling luxury car maker in the year 2018 and the company sold 23,10,185 vehicles resulting in a 0.9 percent growth year-on-year. 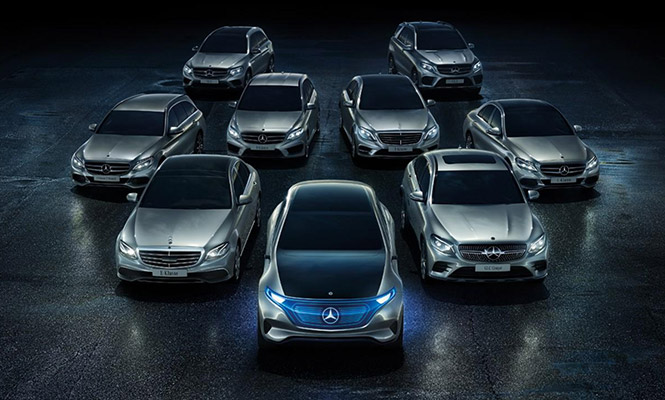 In the Indian market, the sales of vehicles were mostly contributed by the long wheelbase E-class which was the highest-selling model for the year 2018. The car manufacturer has observed that it also attained good demand for the C-class sedan and the GLC was considered the brand's highest-selling SUV.

Volvo Auto India has shown a 30 percent increase by selling 2,638 vehicles in the year 2018 over 2,029 units in 2017. Audi, which is considered the major player in the car segment, is about to declare its sales report.

For the new year, the company has planned something big. According to Martin Schwenk, "2019 is going to be an important year for Mercedes-Benz India, as we reach the milestone of '25 years of Mercedes-Benz in India'. The year will be marked with some of the most significant product introductions which will redefine luxury motoring and chart new avenues for future mobility."

Mercedes Benz SLK To be Replaced by SLC This Year
Views: 2011