Mercedes C220 CDI to Roll Out in India on February 22

The German luxury car maker, Mercedes-Benz is aiming to enhance the fan following for C class by introducing the C220 CDI diesel variant in its range in India on 22 February, 2015. This runabout is already available in the petrol mill option in the country, which is powered by a 2.0 litre turbocharged inline four cylinder engine and produces an appreciable power of 184 PS at 5500 rpm as well as a transcendent torque of 300Nm between 1200 to 1400 rpm. The existing car is currently selling out via CBU around INR 40.90 Lacs.

On the other hand, the upcoming diesel version is expected to get more luxurious cosmetic components and additional features as compared to its outgoing variant to obtain tremendous profit over the investments. The Mercedes C220 CDI will be machined with a 2.2 litre diesel engine to churn out an impressive power of 170 bhp alongside a rattling torque of 400 Nm. This mill is likely to be mated to a 7G-TRONIC gearbox that would act as a mediator for sending the crated power to its rear wheels. 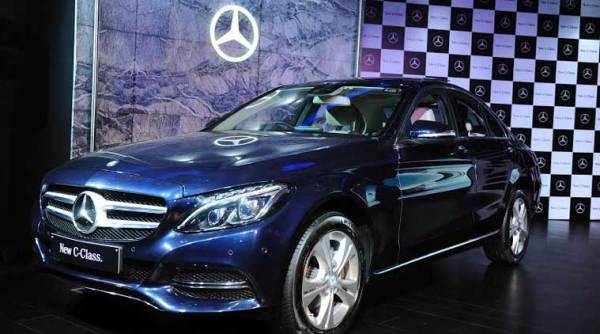 Ahead of achieving the spectacular top speed of 233 km/h, this vehicle will hit the speed of 100 km/h starting from zero in just 7.4 seconds. Moreover, the upcoming car is also anticipatedto be imported in the Indian automobile market via CBU route at INR 40 Lacs as well as will give the straight competition to BMW 320d, Volvo S60 D4 and Audi A4 2.0 TDI.