Kawasaki India which had already opened the pre-bookings for the Next-Gen Ninja ZX-6R back in October 2018. The Green giant has now launched the middleweight supersports in question at INR 10.49 lakh (ex-showroom). The revealed pricing is for an introductory period which could see a hike in near future.

For Indian enthusiasts, the new Ninja ZX-6R will be provided via a CKD route in a limited counts against registered bookings. It will be assembled at the brand’s Chakan based production unit. For the next generation avatar the ZX-6R has been redesigned and updated with electronics. In Kawasaki’s new body language akin to the Ninja 400, the supersport now features a sharp front, redesigned sides with updated graphics and aggressive rear section. The instrument cluster is carried forward as it is from the older-generation 6R.

Behind the massive fairing, Revised Ninja ZX-6R is packed with a similar 636cc, in-line 4-cylinder engine. The Euro V norms compliant engine is rated to return the maximum power of 130hp along with 70.8Nm. The power transmission is handled via a six-speed gearbox with slipper clutch. As the company claims the engine now generates 1.3PS less power than the earlier offering, an automaker’s step towards future cleaner emission norms. 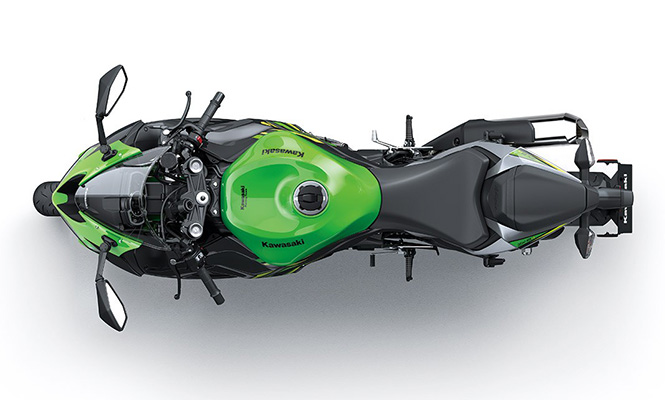 Being offered only in the KRT edition colour scheme, the bike which has a seat height of 830mm tips the weighing scale at 96kg. In segment, it does not see any rivalry though the pricing and performance aspects pit the motorcycle against the Triumph Street Triple RS while the aggressive styling make the litre-class motorcycle, Ducati 959 Panigale feel the heat when it comes to engine capacity and pricing.

The deliveries against pre-bookings opened till 30 November 2018 will be given from February 2019 onwards. While for the new bookings, the Kawasaki India has requested interested candidates to contact nearest dealerships.