The upcoming Honda Jazz hatchback is preparing to make its presence in the Indian automobile market shortly. Some features regarding its top end variant have been leaked out alongside a 16 inch diamond cut alloy wheels, power folding wing mirrors, rattling foglights and body colored handles. It’s expected to carry out various convenient as well as stately components inside comprising a multifunctional steering wheel, an integrated music system, climate control and a keyless entry through engine starter button. Apart from rendering a plausible journey, this runabout seems to protect the occupants from any kind of bodily wound via its appreciable safety parts including dual front airbags and ABS.

Based on the same platform as the latest Honda City, this most awaited Jazz is anticipated to undergo production at the Tapukara plant in Rajasthan. Powertrains will come from a 1.5 litre diesel engine and 1.2 litre petrol mill that has already been seen in the Amaze. Both engines would be coupled with a manual transmission system, while an automatic gearbox is also likely to be available in its petrol model to render convenient drive for the driver. 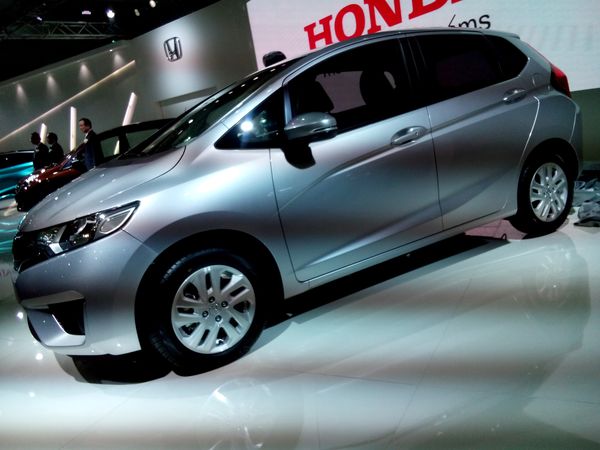 This vehicle will arrive in the country with new as well as impressive features within a couple of months in this ongoing year between affordable price of INR 5-7 Lacs for the customers. It would compete against the likes of noteworthy vehicles in this range, such as Tata Bolt, Maruti Swift, VW Polo, Fiat Punto Evo and Hyundai Elite I20.
Check out our Google Plus community Speed Gears.