The Next generation Mercedes AMG E63 has been confirmed to get 4Matic all-wheel drive system as standard across all variant. According to a report on Autocar, the performance-focused car will also come along with the Drift Mode function to remind you of its trendy rear-wheel drive from its predecessor, company chairman, Tobias Moers said.

Spied testing several times in different avatars, the next-gen E63 will be available in sedan and Estate versions, as seen in the spy shots. However, the car will make its global debut at the Detroit Motor Show which will take place early in January next year. Talking about the highlights revealed by the Moers, “It is four-wheel drive and we’re going to have a Drift Mode”, he said at the world premier of the new Mercedes-AMG GT Roadster and GT C Roadster at Paris Motor Show 2016.

He also added that the E63 also include electronic stability control system for providing additional torque to the rearward of the drive to creates a slide, which is called Drift Mode. 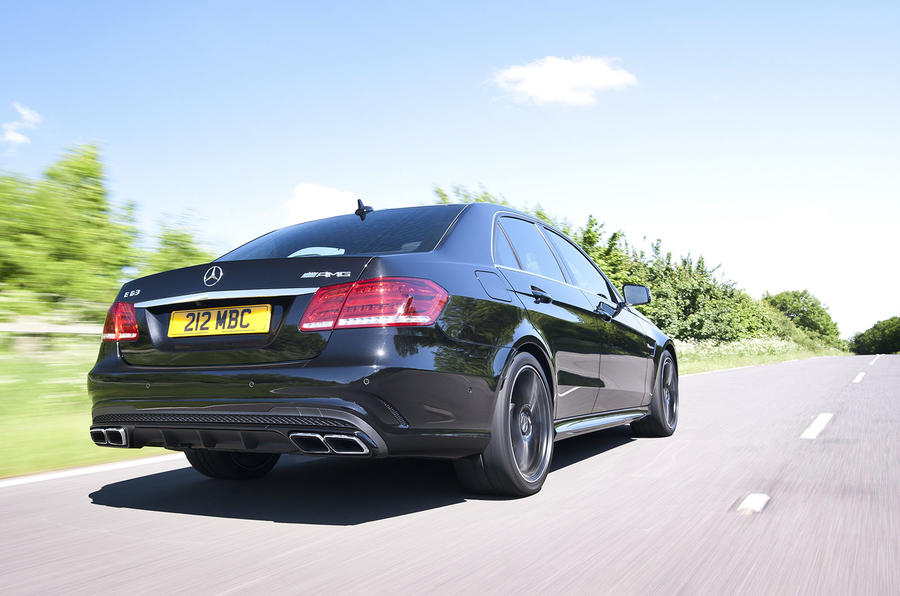 “It’s going to be below and above 600bhp” he further added. This hints that at least a single variant of the next-gen Mercedes AMG E63 will capable of churning out a maximum power above 600hp. The new E63 will be offered with the brand’s new twin-turbocharged 4.0-litre V8 petrol engine in two different states of tunes to lock the horns against the likes of Audi RS6 and BMW M5. with the new powertrain, the next-gen four-door E63 can complete 0-100 kmph sprint in less than three seconds, Tobias Moers claims.
Currently on sale, the second-generation E63 is powered by a twin-turbocharged 5.5-litre V8 petrol engine that churns out a maximum power of 549 bhp in standard tune and 577 bhp in higher variant S tune.

The performance-oriented car will be in the global market by the mid of 2017. “It’s the biggest step we’ve ever made with the E-class”, said Moers.
Get latest and updated information about automobiles on our Google Plus Community Speed Gears.