The 2018 Maruti Suzuki Swift with its unique looks and lightweight appearance is ready to launch at Indian Auto Expo 2018 in February and the next-generation Swift is spied at a shoot location during the TVC shoot of the car. The spied images revealed many features about the car. It is a very different model from the existing Dzire ever launched with evolutionary styling.

The next-generation Maruti Dzire has been launched on 16th may 2017 and in this five months period, it has gained very strong response for becoming the fastest car to touch one lakh bookings during this time-period. Maruti may limit the premium over the existing prices of the cars. 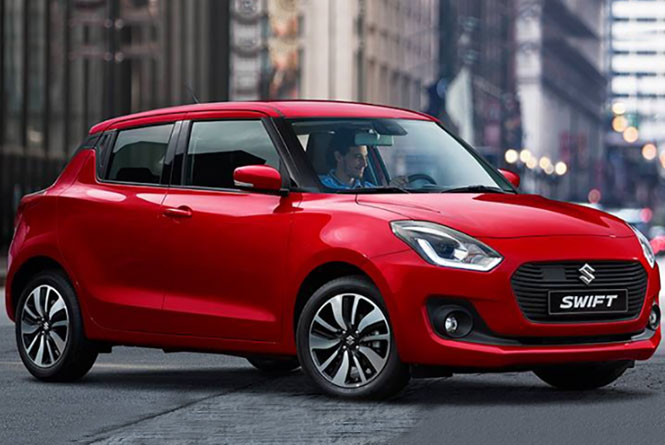 Coming to the inside cabin, the differences are very clear. The Dzire is colored with a dual-tone color paint which is black and beige and the next-generation Swift is colored with an all-black interior finish. The new Swift is likely to obtain the 1.3-litre diesel and the 1.2-litre petrol engines. Though Swift is carrying the five-speed manual transmission as standard, it can also get a five-speed automated manual transmission too similar to the new Dzire.

It is built on a HEARTECT platform which is lighter and with the reduced weight now the next-generation Swift weights approximately 50kg less than the current car in the market. The new Swift is more economical and fuel efficient than the ongoing models.
Moreover, the new Suzuki Swift Sport looks sportier and spotted during Tokyo Motor Show.

Bookings are open for next-gen Swift. Dealers are also explaining to customers that the booking for old swift has closed as no stock is there. Instead of old, they will be delivered with the new Swift model. Dealers also mentioned that the new Swift will be costing Rs. 50,000 more than an existing model with the accommodation of other features like safety, performance, and features.