Nissan which is celebrating the 50 years of the GT-R badge, has revealed a special 50th Anniversary GT-R Edition along with an updated Nissan GT-R Nismo at the lately passed New York motor show.

For the first time, the GT-R badge was used in 1969 as a variant of the Skyline. Later on, it went on sale as a diverse model in Nissan lineup in 2007.

At the skin, the special edition GT-R will feature three colour schemes inspired from its heritage the Skyline GT-Cars participated in the Japan GP series. The Bayside Blue will be one of them that was later offered with the R34 GT-R.

Inside the cabin, the car gets a special grey colour theme which is complemented by other features including unique steering wheel trim, Alcantara headliner and sun visors and seat trim.

Beneath the hood, the 50th Anniversary Edition would continue to get power from the hand-built 3.8-litre twin-turbo V6 power plant. The unit which performs propelling duty on the other 2019 GT-R models. The churn out power figures from the said unit hovers around 570hp and 633 Nm respectively. Whereas, with the help of new turbochargers the engine will be capable of supplying better low rpm response and efficiency. 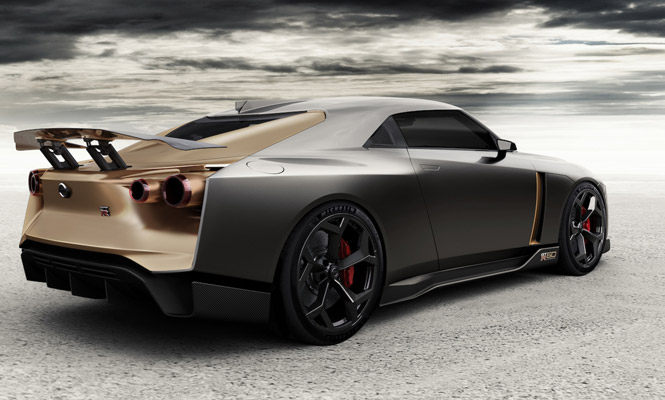 The power transmission also revised with a 6-speed dual clutch mechanism. The presence of reworked ‘R mode’ performance setting, one can make downshifts more aggressively. The electronically adjusted suspension has also been reworked for a more comfortable ride and cornering stability as well.

The GT-R Nismo model, on the other hand, underwent the knife for an improved bodywork on this next generation model. With the use of carbon fibre to a great extent, the sports car not gets lighter but also gets new downforce-generating front bodywork inspired by the GT-R GT3 race car.

The braking system on the new GT-R Nismo is a new carbon ceramic unit which is durable and reacts instantly. While it rides on 20-inch alloy wheels wrapped up with new Dunlop tyres which offer more contact with the road.

The 2020 GT-R Nismo gets a more powerful 3.8-litre V6 motor that makes out 600hp and 652 Nm via a revised transmission with R mode setting. Other than this, the equipped suspension is also get altered for improved ride quality.

The ongoing standard GT-R model attracts the pricing of INR 2.12 crore (ex-showroom, Noida) in India. However, when it will get the next generation updates is not clear yet.