Porsche has announced that the third installment of the all-new ‘Cayenne’ will be launched on October 17. Porsche will introduce three variants of the off-roader and it has also released a complete price list for the same. Reportedly, the 2002 Cayenne was the first offering from the German Automaker to carry V8-engine since the retired Porsche 928 in 1995. However, the new Cayenne’s will be powered by options of V6 Turbo-Petrol engine. Unlike the previous-gen, the new Cayenne variants will not be offered in a diesel engine option.

Read Also - Volvo S90, XC60 get a cheaper base variant in India

The Cayenne happens to be Porsche's most successful offering in the Indian Automobile market. When the new petrol variants hit the road they will lock horns with other luxury SUVs like the Range Rover Sport and the BMW X5 M in our market. The new SUV also promises more passenger space than the earlier models. Here are the Cayenne variants with their price tags: 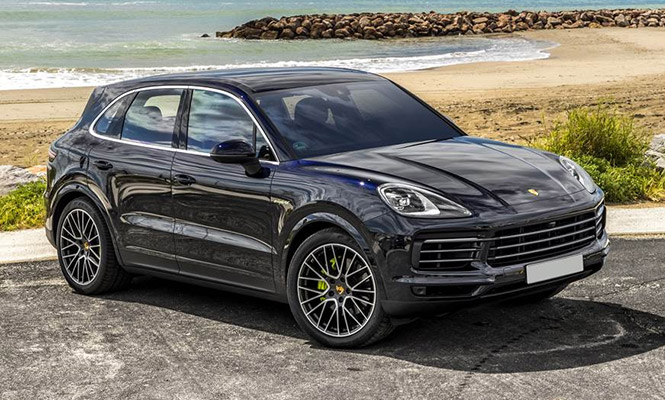 At first look, one cannot be wronged for drawing a parallel with its sibling Panamera. Especially when it comes to tail-lamps and stop lamps, the new Cayenne borrows heavily from its sedan sibling. The front gets a refurbished grille encompassing the signature four-point LED DRLs with Porsche Dynamic Light System (PDLS).

Staying true to the hefty price tag, the Cayenne Siblings offer an estate of the art cabin promising Luxury with 5-Star Comfort. However, the interior also borrows heavily from the Panamera cabin including the 12.3-inch touchscreen infotainment system that because of its sheer size overshadows other novelties like glass-cladded central console buttons that trigger a cohesive sound and touch experience.

Resting on Volkswagen Group’s default MLB-Evo platform for SUV’s, the new Cayenne gets longer and wider albeit having the same wheelbase as the retiring model. A pleasant surprise is that despite the increased dimensions the Kerb Weight is reduced by 65 kg. This can mainly be attributed to the aluminum clad lightweight body panels. Bookings are currently open in India and potential owners can expect deliveries by the first week of New Year.