With the ABS going to be a mandatory feature in the new emission norms hitting the country on April 2019. The motorcycle with engine displacement 125cc or above will be required to be fitted with this much-needed safety feature. Royal Enfield has taken the first step in this direction in August this year. The company started off updating its entire motorcycle lineup with ABS in a phased manner. In the row, the Classic 350 Redditch the latest one to get this feature. The motorcycle witness the rise of around INR 6000 over the standard variant pricing INR 1,47,464 for the dual channel ABS setup. The ABS equipped Classic 350 Redditch will now cost you around INR 1.52 lakh (ex-showroom, Delhi). While, it will hit on-road at INR 1,74,400 on-road, Delhi.

Beneath the fuel tank, the 350 Redditch packs the similar 346cc, single-cylinder, air-cooled engine performs propelling duty on the rest Classic 350 range. The engine is rated to develop 19.8bhp at 5,250rpm and 28Nm of torque at 4,000rpm. The company offers three colours for the Redditch Edition. These are the colours inspired by the models developed during the 1950s at the Redditch factory in the UK. 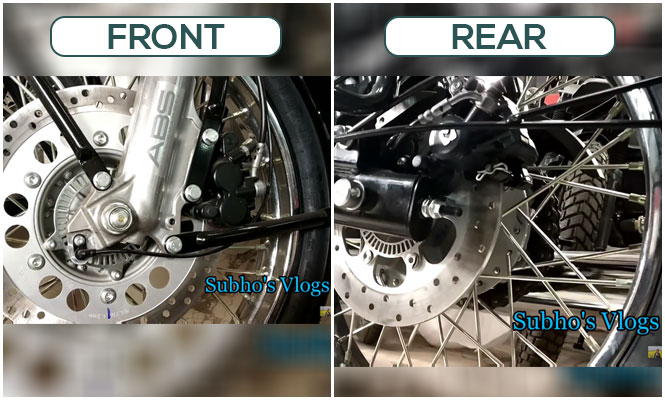 FYI, almost all the models in Royal Enfield lineup has been blessed with the ABS despite the standard-colour variants and the Bullet series in the range.

Other than complying the upcoming emission norms, the inclusion of ABS on the Classic 350 (Signals, Redditch and Gunmetal Grey variants) will sport the bikemaker in taking combat with the lately launched rival the Jawa and the Forty-Two. As per the surfaced information, both of these models are armed with a rear disc brake and dual-channel ABS. The Jawa with ABS asks for the pricing of INR 1.73 lakh, while the Jawa Forty Two costs INR 1.64 lakh (all prices ex-showroom), dearer than the ABS-equipped Classic 350s.

Royal Enfield Bullet 350 Trails: What Else One Can Buy in Similar Pricing?
Views: 2202