New safety Standards for cars and SUVs by European Unions

The European Parliament’s internal market committee has given consent for the legislation to introduce advanced safety features standard furnishings and accessories in multiple categories of vehicles sold in the European Union.

European Unions have added some standards for the cars to be sold out which has made it mandatory for the cars to be equipped with a new combination of safety features. The new standards will be applicable with the effect from May 2022 and the standards safety features will include smart speed limiters and monitors which can encounter and remind if the driver is distracted or sluggish. These new features are set as standards to hike the safety for drivers and passengers while curtailing the chances of accidents.
Member of Parliament Róża Thun of Poland said“We concentrated all our efforts on saving lives and mitigating injuries,” Thun says in a statement. “The additional obligatory equipment for cars, trucks, and buses will save human lives. “

The road safety is always a concern and that why the application was planned & suggested last year itself but the consent for the legislation was finally given by the European Commission this year. The applicability of the legislation will start to begin from May 2022 and May 2024. May 2022 will include the new models whose designs are not yet finalized and still can be customized with advanced safety features while the year 2024 will include new versions of models currently on sale.

The new rules are accountable to the official consent of the European Parliament and EU member states in September. The legislation will make it indispensable for the new cars to be accoutered with intelligent speed assistance (ISA) systems integrated with the utilization of GPS data. Sign-recognition cameras will keep a check on the speed limits of drivers and control it at the same time if needed by compressing the engine power. The new safety standards also include alcohol interlock system to avert stoned or intoxicated driving. Further, the cameras of distraction monitors will play a role of eavesdropper as well as of alarm when a driver is absent-minded or tired. Recently, Volvo announced the systems as a definitive fit for the vehicles. 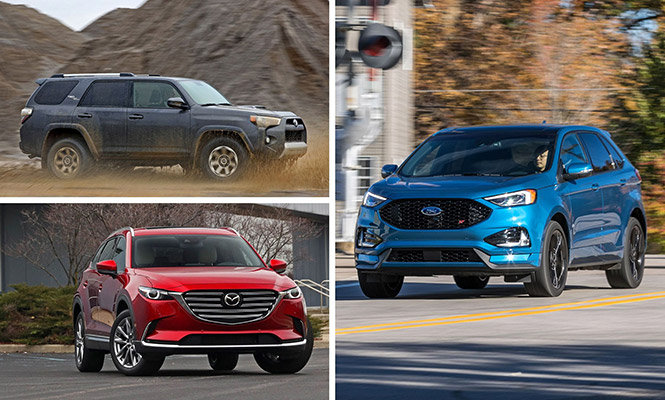 Following are the mandatory safety features for the passenger cars of the European Union:

Most of the features like AEB are already adopted in many vehicles in the region because the vehicles are needed to score the maximum stars in the Euro NCAP safety tests.

While finalizing the above rules, the European Commission aims to safeguard more than 25,000 lives by 2038. Under the new norms, carmakers will have to ensure they develop and introduce safety features in such a way that is readily acceptable by the users.
“Making advanced safety features mandatory for vehicles should help drivers to gradually get accustomed to the new features and should enhance public trust and acceptance in the transition toward autonomous driving,” the committee explains.

Tata Harrier, Mahindra XUV500 Emerged as the Most Popular SUVs in India
Views: 2039

Lifestyle Edition of Audi Q7 SUV and A4 launched in India
Views: 1640