As the market was flooded with rumours for upcoming Volkswagen Tiguan with long-wheelbase version, it has now finally come to an end as a nearly undisguised prototype of the same unit has got viral on the web. Well, the car has been spotted within the same boundaries where it supposed to be introduced at first. Yeah! It’s China, where it is stated to be launched by later this  year, while the India based model will arrive sometime early next year.

With the insertion of the third row, the wheelbase of the car is likely to be extended around 110mm over the regular one. By looking at the spy shots, it looks like the automaker has made some twist with the design such as revised bumper with silver treatment, freshly designed alloy wheels, revamped glasshouse or windshield as well as grille has also been revised with chrome treatment. 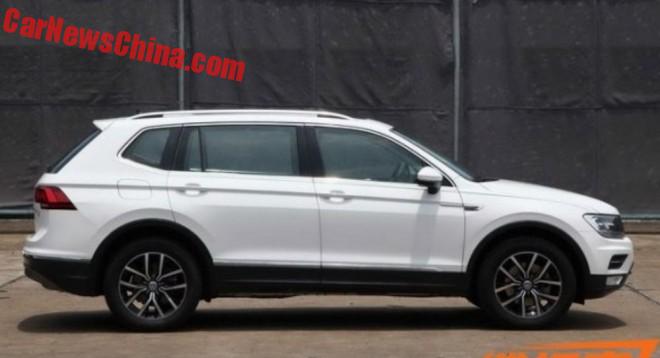 No confirm details have been out for the powertrain, however, the India bound Volkswagen Tiguan could be powered by the automaker’s 2.0-litre diesel engine with two states of tune likely 150 Bhp and 190 Bhp.In addition, a 1.8-litre TSI petrol engine could also be offered alongside the diesel unit. Furthemore, the company might offer a seven-speed DSG gearbox for both the engines as a standard attachment, while an all-wheel drive as an option. 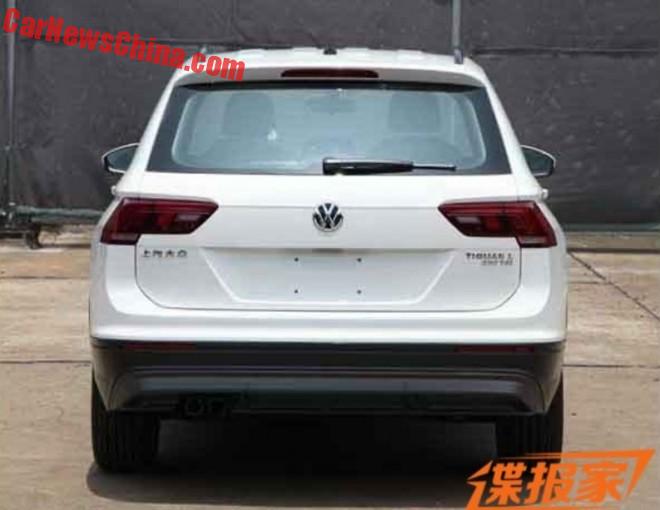 Anyway, it is anticipated to make its way towards the Indian auto market via CKD route and will be assembled at the company's facility at Aurangabad. Besides, it would be priced around INR 30 Lakhs (Ex-showroom) and will take on the rivals like Nissan X-Trail hybrid, Honda CR-V and Hyundai Santa Fe.

Volkswagen To Pay More Than 171 Crore As Penalty in India: Check out Why
Views: 1952