Royal Enfield Bullet 350 Trails: What Else One Can Buy in Similar Pricing?

Royal Enfield Bullet 350 Trails, a dual purpose retro scrambler in the segment, has launched at the price tag of INR 1.62 lakh (ex-showroom, Delhi). It is the most affordable scrambler available in India. In similar pricing, there are an array of motorcycles available which could prove to be better options. As they say, it's better to have options rather than make an impulsive decision. So here in this post, we listed down all the options available which you could consider in this price segment.

Yamaha FZ25, however, is not a classic motorcycle akin to the Bullet 350 Trails bike. Albeit, it attracts young buyers who think of purchasing a sporty yet comfortable ride. Besides being a bike with enough power, the Yamaha FZ25 bike suspension setup makes it easily glide over potholes and ergos are comfortable for the back. All in all, it can be recalled as a perfect city dweller. Furthermore, the FZ25 bike also features dual channel ABS akin to the Trails. Other than this, the FZ25 comes embellished with attributes including LED lights, all-digital instrument cluster and fuel injection system which supplies a better throttle response. While the powering for the FZ25 comes from a 249cc, single-cylinder engine that is capable of developing 20.9 PS of power at 8,000rpm along with 20Nm of peak torque at 6,000rpm. The power transmission takes place here via a mated five-speed gearbox. 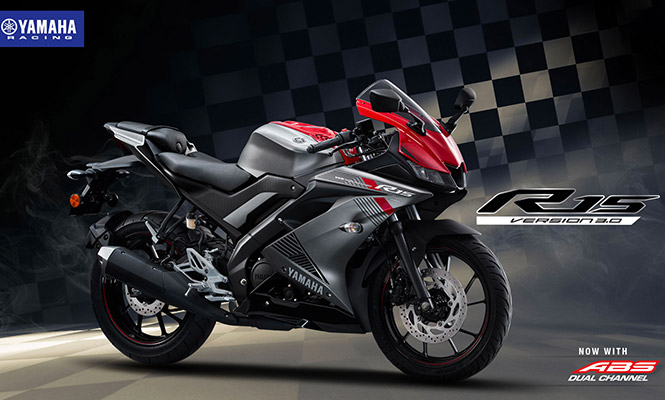 On the other hand, for those who are cornering junkie, the Yamaha R15 V3 motorcycle is a perfect option. It’s a full fairing bike with exceptional manoeuvring, a motor that offers seamless power delivery throughout the rev range and a design that can mesmerize anyone. In terms of features, the R15 V3 gets dual channel ABS, LED headlights, LED tail lights, an all-digital instrument console with a host of readouts, a slipper clutch and dual-channel ABS. The R15 V3 is powered by a 155cc, liquid-cooled, single-cylinder engine with Variable Valve Actuation (VVA) technology. The VVA offer better low-end grunt and top end performance. The mill in questions generates 19.3PS at 10,000 rpm and 14.7Nm at 8500 rpm via a mated 6-speed gearbox.

KTM 200 Duke is a perfect blend of performance, affordability and looks. Unfortunately, due to the increase in road tax and insurance costs, the KTM 200 Duke now priced at 1.84 lakh on-road. A heavier price tag for a 200cc bike still the bike comes featured with a lot of goodies which make it worth every penny. It gets an all-digital instrument cluster which conveys information such as real-time fuel efficiency, average fuel mileage, service indicator, distance-to-empty gauge, gear position indicator, clock and a side-stand warning light.

Then you get iconic KTM orange colours which pulls everyone's attention no matters where you go. Mechanically, the bike sits on a trellis frame that mounts over the premium upside-down forks. Further. The fattier tyres offer better stability and riding dynamics. The 200 Duke draws propelling power from a 199.5cc, liquid-cooled, single-cylinder engine that develops 25.1PS of power at 10,000rpm and transmits 19.2Nm of peak torque at 8,000rpm via a mated six-speed gearbox. 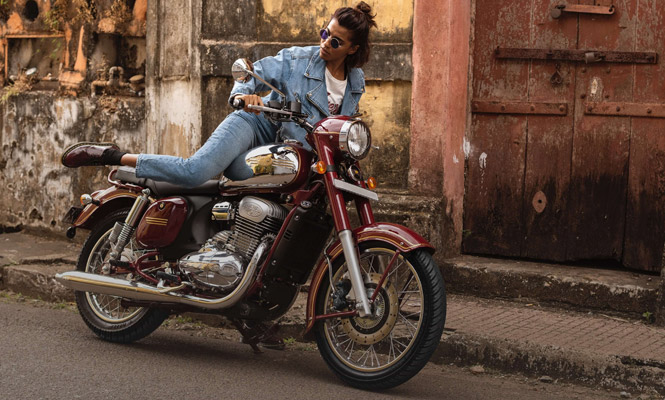 In this lineup, how can we forget Royal Enfield’s arch-rival, Jawa Motorcycles. The company which offers motorcycles with the same neo-retro design language as its competition. And if you like the old days, the Jawa is sure to ring a bell in your heart. However, it’s not a feature-packed bike though its classic appeal that garners a huge cult following. As the beating heart, the bike gets a 293cc, liquid-cooled, single-cylinder engine that is liable for developing 27.37PS and transmitting 28NM of torque. While the power transmission is managed by a 5-speed gearbox transmission. With the bike perched at a low seat of 765mm, the rider aids of dual-channel ABS is being offered as an option.

If compare lately launched the Bullet Trials with the Royal Enfield Himalayan-FI, the former is good for easy dirt trails while for serious off-roading the latter is a perfect option from the Chennai based bikemaker. The Himalayan now features a BSIV compliant engine over its predecessor and the fuel injection conveys smooth ride with great throttle response, less vibey feel and enough low end-grunt to overcome most obstacles while off-roading. Among others, it comes equipped with proper long-travel suspension, a tall windscreen, an informative instrument console and a sump guard as standard fitment. All in all, it is a proper adventure tourer and powered by a 411cc, liquid-cooled, single cylinder engine that puts out 24.83PS at 6,500rpm and 32Nm at 4500rpm. It comes paired with a 5-speed transmission.

All the listed options here falls in the vicinity around INR 1.6 lakh while opting for a perfect companion you can stretch or cut down on your budget. Also, it depends on the usage of the bike and how much you want to invest in the bike.