Recent spy pictures of the new editions of Tata Nexon Kraz suggest that the special edition will be offered in a Calgary White too. Presently, Tata only offers Nexon Kraz in Tromso Black. In addition to the color, the Indian Automaker also brings cosmetic updates like neon highlights and dual-tone body colour to its next in line offering. The new edition will however sport no mechanical updates.

The leaks confirm that the upcoming Kraz editions will add Calgary White option to its color variant list. Also, Nexon Kraz and Kraz+ will be offered in XM and XT trims respectively. The spy pictures are from the Indian Automakers factory floor itself which further cement launch of the the Calgary White Kraz variant. 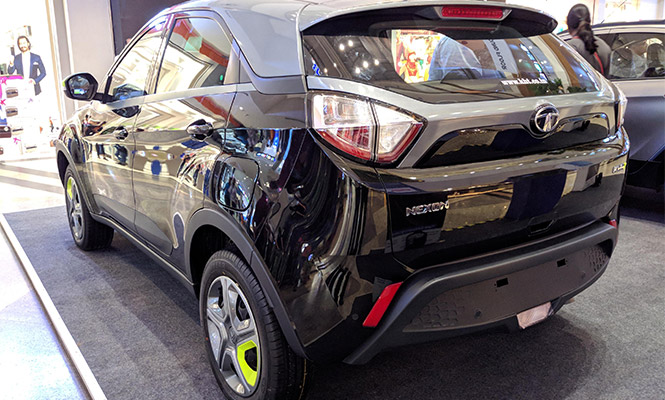 The Kraz will offer a host of new cosmetic features over the standard Tata Nexon. The exterior comes draped in Dual-tone body colour with eye catching neon style elements on the front grille, wheel covers and ORVMs. The interior also gets neon highlights as neon inspired seat stockings and neon inserts in AC Vents .

In line with the current Tromso Black edition, Tata may offer XM and XT variants on the special Calgary White edition too. The XM-based version is christened as the KRAZ while the XT-based trim is called KRAZ+. Other than the KRAZy badging on the centre console, there is little to differentiate the standard variants from the KRAZ variants. In terms of price tag, the KRAZ variants are dearer by about Rs 17,000 over the standard variants and will be made available in both petrol and diesel engine options.