The Yamaha YZF-R3, which has recently been removed from official Yamaha Motor India website. According to an official will be re-launched anytime soon in the Indian market. And, the website will then be updated with the addition of new generation model of the prominent sports runner the Yamaha YZF-R3.

Globally, the R3 has already been updated with new graphics and colour upgrade. The reason behind motorcycle’s discontinuation from Indian lineup was that it complied BS-III emission norms and the retail of motorcycles equipped with BS-III engines have been banned in the Indian biking industry from April 1, 2017. The time when the motorcycle will get updated with the BSIV engine, the manufacturer will add it again and commence its retailing in the country.

On the mechanical front, the bike will be powered by the same 321 in-line twin cylinder mill. The engine in question is rated to propel out 42 PS of maximum power at 10,750 rpm and 29.6 Nm of peak torque at 9,000 rpm through a mated six-speed gearbox. As the last going model was not equipped with the advanced safety feature of ABS, we can expect its inclusion in the upcoming model, at least as an optional extra. 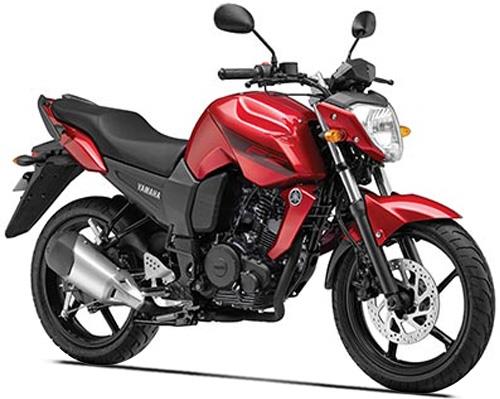 Other than this, an another model was also removed from the portal. It was Yamaha FZ16, which was powered by an original 153cc carburetor injected engine. Yamaha India has kept its sale continue while it had launched the upgraded fuel injected Yamaha FZ 2.0 model in July 2014.

Yamaha has now revived its FZ family with the BSIV compliant FZ engine. The FZ family contains a number of products from the standard Yamaha FZ FI v2.0, which is priced at INR 80,726, to the top end Yamaha FZ-S FI v2.0. variant which will set you back at INR 80,726. Both the mentioned prices applicable at Delhi authorized dealerships.

An increase in the price of forthcoming BSIV complaint Yamaha R3 is already expected, who you are waiting to opt this new generation sports beast, be ready to pay over the BSIII version price that was INR 3.26 lakhs (ex-showroom, Delhi).