World’s fastest production sport bike, Suzuki Hayabusa has recently been spotted in its 2019 year version. Actually, the motorcycle is revealed via the popular Japanese sport bikes magazine, Young Machine. Well, it is not clear yet that it will really be the next generation version of the Hayabusa or just a digitally formed image based on the GSX Concept showcased at the 2015 Tokyo Motor Show.

By going through the surfaced image, the motorcycle appears more focused and aggressive in terms of appearance. Other than this, a host of alterations that are witnessed on the expected new Hayabusa includes revised front fascia with the inclusion of LED DRL stripes over the air scoops, USD front forks, Brembo brake calipers and the new twin exhausts setup. In addition to this, assumptions are the new Hayabusa will be slightly lighter in weight as compared to the current generation model that will help it in taking fierce competition with the prominent rival in the segment, the Kawasaki Ninja ZX-14R. 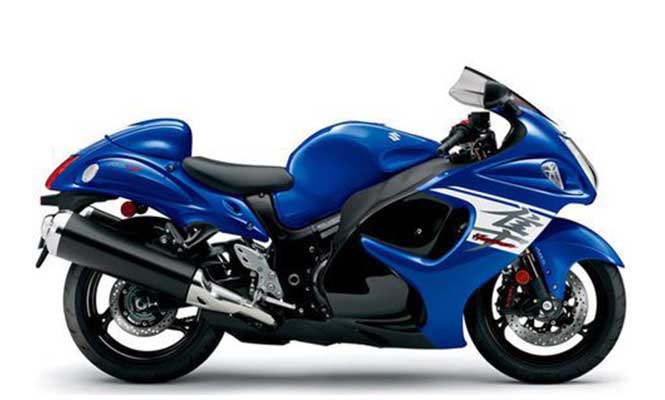 In terms of power, the current generation Hayabusa is using that 1340 cc, 4-cylinder engine that in connection with a 6-speed gearbox is rated to develop the maximum power of 197bhp at 9500rpm and transmit 155Nm at 7200 rpm to the rear wheel. Suzuki claims that the ongoing Hayabusa is the fastest sportbike and can easily attain the top speed of 312kmph.

On the flip of the coin, the 2019 Hayabusa is highly expected to be powered by a 1440cc in-line four engine. Also, the mentioned unit could be in integration with the turbocharger as the automaker patented for the turbocharger a few times ago. Moreover, in order to include traction control to this beast, the Suzuki could make changes to the electronic package. It is likely to introduce a six-axis IMU and a semi-active suspension for more refined performance.

The public appearance of this 2019 Hayabusa is expected at the 2018 Tokyo Motor Show. While it global launch can take place next year since the motorcycle is going to complete its 20 years and it could be the best time for the Japanese automaker to introduce the third generation model of the fastest sport bike. Here in India, the ongoing Hayabusa is the highest selling big bike from Suzuki stable, though the Indian emergence of the next-gen Hayabusa is speculated post few months of its global launch.