After getting tired of doing business due to the diesel ba prevailing in the Delhi region, Toyota India finally launched its much-awaited Innova Crysta (Petrol powered) in the Indian market. The new Petrol powered Innova Crysta price start at Rs 13,72,800 and goes to Rs 19,62,300 (ex-showroom, Delhi). It comes with hefty features that are meant to benefit Indian consumers. The company had already launched the diesel variant of the Innova Crysta earlier this year but couldn't find the market in the Delhi region due to the diesel ban.

The new Toyota Innova Crysta petrol comes powered by a 2.7-litre four-cylinder, Dual VVT-i (Variable Valve Timing with Intelligence) engine that effectively develops 164bhp of power and 245Nm of torque. The engine is paired to both manual and automatic transmission options with power is transmitted to the rear wheels. The popular MPV is available in both 7 and 8-seater options as well.

During the launch event, Mr. Akito Tachibana, Managing Director of Toyota Kirloskar Motor said, "The Innova is an iconic brand and has long established itself as the number 1 MPV in the Indian market. This can be further reiterated with the overwhelming success of the new Innova Crysta which was launched earlier this year." 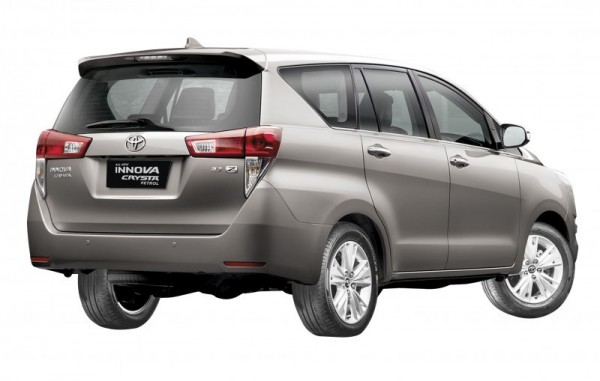 According to ARAI, the fuel efficiency is rated at 10.83 km/l on the automatic version of the Innova Crysta, while the manual has been rated at 9.89 km/l. The company has introduced the MPV with new colours options with the petrol version - Garnet Red, Avant-garde Bronze and White Pearl Crystal Shine.

Waiting Period For Toyota Innova Crysta And Fortuner to go Down in India
Views: 2464