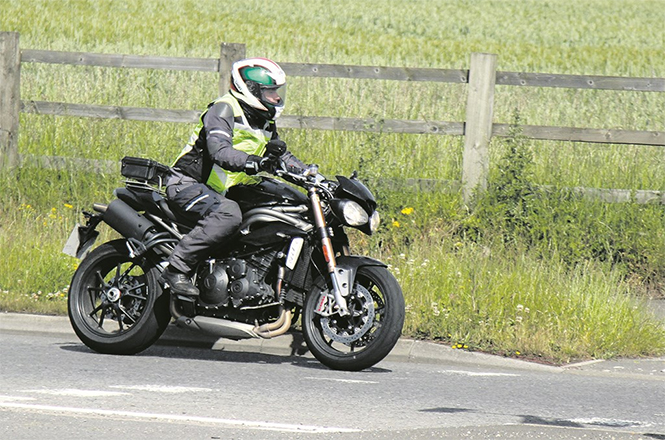 From the recent spyshots of this under testing naked sportsbike, one can easily fetch out the reshaped headlamps, which is no more than in their conventional fox-eye shape and acquired a more symmetrical pear shape. Apart from this, the headlamps in snapped motorcycles are placed at a lower angle in order to increase aggression of the motorcycle. The manufacturer has also fitted a redesigned fly-screen cowl accompanied by a ram air-intake which takes help of an overhauled headstock to the airbox.

While talking about cosmetic changes, the spied Triumph Speed Triple is equipped with new radiator cowls, belly pan, fuel tank and tail carrying mediocre changes in design, but almost acquired pretty much similar body tweaks. A Bar-end mirror in the snapped motorcycle gives them a modest cafe-racer look. The slightly re-designed exhaust tail is another eye-catching component in the motorcycle. 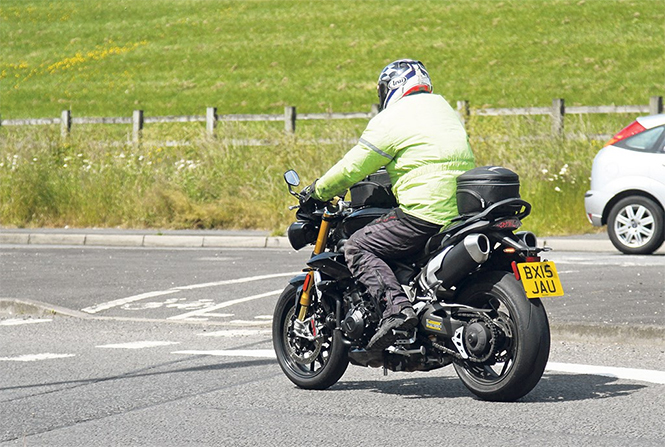 One of the major update supposedly received by upcoming Triumph Speed Triple is its re-tuned motor configuration. It would probably be featuring the similar engine displacement fetching out an unchanged power between 135 BHP to 140 BHP, accompanied with new header pipes and a repositioned catalytic converter. Believing the rumors, Triumph Speed Triple is also expected to be making its appearance featuring keyless ignition and ride-by-wire throttle technology as well, with several power riding modes. Stay tuned with SAGMart to know more about the launching date of Triumph Speed Triple.

Top 5 Facts You Should Know about Triumph Bonneville Speedmaster
Views: 1465