In a matter of developing the lower Apache RTR trims, TVS is expected to follow Bajaj by using the frame and most of the underpinnings of the elder sibling to supply a sportier appeal. 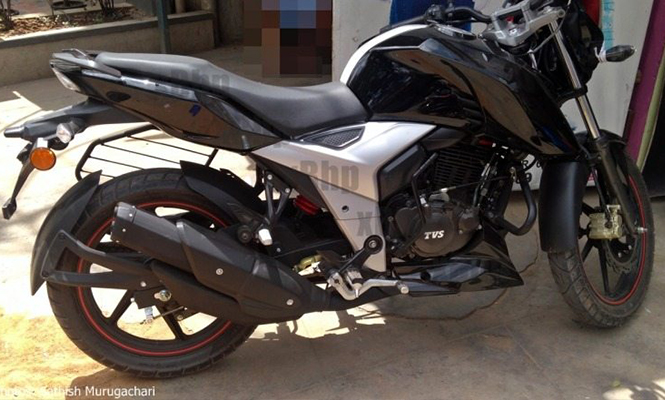 As the featured headlamp on the RTR 160 now seems shared from the RTR 200 without LED DRLs. The other components such as the fuel tank with extensions, side panels, tail section and LED tail lamp are also borrowed from the Apache RTR 200. Moreover, we can also witness the placement of the digital instrument console as it is in the current norm in the 160 segment motorcycles (expect the Bajaj NS 160).

The suspension setup comprises 37mm telescopic front forks and a rear gas-charged monoshock. While the 270mm front and 240mm petal disc setup could be carried forward from the Apache RTR 200. The witnessed alloy wheels from spy images also appear similar to the Apache RTR 200 but with smaller section tyres. 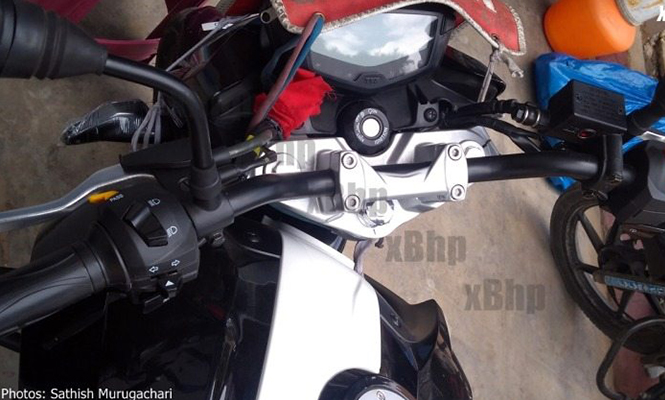 The current Apache RTR 160 uses a 160cc air-cooled motor that is capable of generating the maximum power of 15.4PS of power along with 13.1Nm torque. The mill comes mated to a five-speed gearbox. In the revised version we can see the upgraded form of the same engine or the bored down version of the RTR200’s engine. There are chances, the bike maker could introduce oil-cooling along with some sorts of alteration to the internal components of the engine for refined performance, enhance engine efficiency and longevity of the engine.

In terms of pricing, the new Apache RTR 160 is likely to be priced slightly costlier than the ongoing Apache RTR 160 at INR 77,865 (ex-showroom Delhi). In terms of rivalry, the new RTR 160 will compete with Bajaj Pulsar NS 160, Honda CB Hornet 160, Suzuki Gixxer and the Yamaha FZ FI.