A new marketing campaign for the most selling TVS scooter, the Jupiter has been announced by the TVS Motors. The company is going to commence this new marketing campaign in order to celebrate the milestone achievement of 2.5 million units. Altogether, the scooter being awarded as the most appealing executive scooter by J.D. Power 2018 Two-Wheeler Automotive Product Execution & Layout (2WAPEAL) Study, is also in concerned reasons.

Entitled as “Taaro Se Bhi Kahin Upar”, the campaign will showcase how the bike maker managed to attend the apex rating in India’s pre-eminent Automotive Award J.D. Power from Jupiter owners. This campaign will comprise the digital film, print and a TVS starring Amitabh Bachchan. Fulfilling its tagline, ‘Zyada ka Fayda’, the TVS Jupiter always intended to supply an exceptional range of features and riding experience as well. Honoured with multiple awards, the Jupiter is the scooter that reached to the target of 1 million sales in just 30 months of its 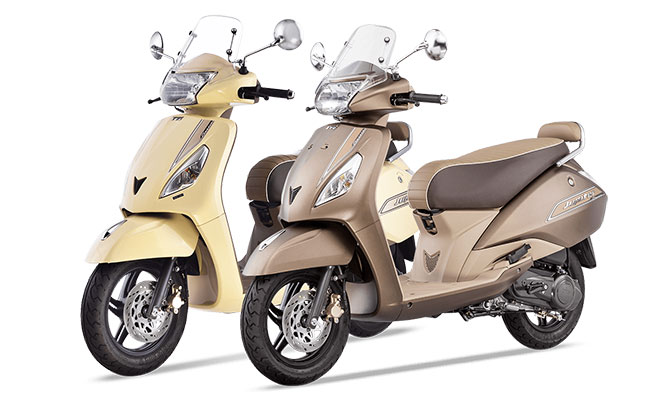 In Indian portfolio, TVS Motors is offering Jupiter in variants of standard and the ZX variant (Disc and Drum) as well. The Base variant comes featured with Sync Braking System (SBS), which ensures a safe and fun ride. You can opt from a range of available colours including Royal Wine, Matte Blue, Stallion Brown, Titanium Grey, Midnight Black, Volcano Red, Pristine White and Mystic Gold.

Other than this, a Classic Edition is also being offered by the company which receives additional features such as stylish windshield, full chrome mirrors, dual-tone seat, cushioned backrest for the pillion, and USB charger as well. It is available in the shades of Sunlit Ivory and Autumn Brown.