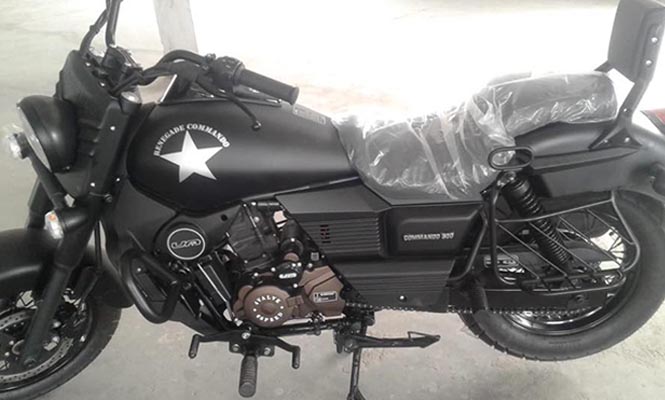 Renegade Commando Black Cat comes draped in dual tone shade of black and burgundy. Apart from the colour scheme, there is no difference from the ongoing Renegade Commando trim. The Commando Black Cat packs telescopic front forks and rear twin coil-spring shock absorber as suspension setup. In the feature list, the Cat is furnished with semi-digital instrument cluster, USB charging, and alloy wheels. Fitted with 18 L capacity fuel tank, the bike weighs 179kgs. It is being expected that the brand will tag the motorcycle with the price sticker starting from INR 1.82 lakhs (ex-showroom).

Showcased at the 2018 Delhi Auto alongside the Renegade Duty, the Sport S Vegas edition can be considered as the ongoing Sports S with a host of modifications. The variant sees a host of changes than the trim previewed at the auto expo. 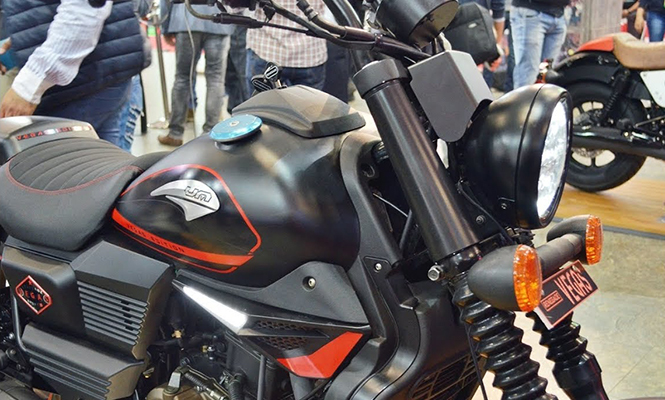 It comes packed with LED Headlamp, drag-style handlebars and knobby tyres. It will launch in matte black colour with Vegas theme graphics. It is anticipated that the Vegas edition will carry the price tag of INR 1.75 lakh (ex-showroom). The other features will remain similar to the standard Commando trim though, it will receive disc brake at both wheels.

Beneath the fuel tank, both the models in question will be loaded with a 279.5cc, 4-valve, single-cylinder engine. Mated to a six-speed gearbox, the engine is rated to generate the peak power of 25.15PS and 23Nm of torque. Both the bike will hit the dealerships by the end of this month.

Read also: Alternative Cruisers For Those Not Fond of Royal Enfield

In the segment, the bikes will see competition with the Royal Enfield offerings as the latter leads the segment. Though, the addition will increase the number of opponents which will definitely make the competition fierce.

UM Motorcycles Surprise With Some Fresh And Old Offerings At EICMA
Views: 3060