Vespa GTS 300, another Italian beauty is yet to come towards the Indian shores. The iconic Italian scooter manufacturer, Vespa, spread out an Italian flavor at the recently concluded India Bike Week, 2015. The India Bike Week was being held on 20-21st February at Vagator, Goa. And, not only Vespa, but various other international two-wheeler manufacturers have also attended the IBW, showcases their upcoming products. The showcased scooter is named as "GTS 300" and it is equipped with the most powerful engine in the company's product portfolio. 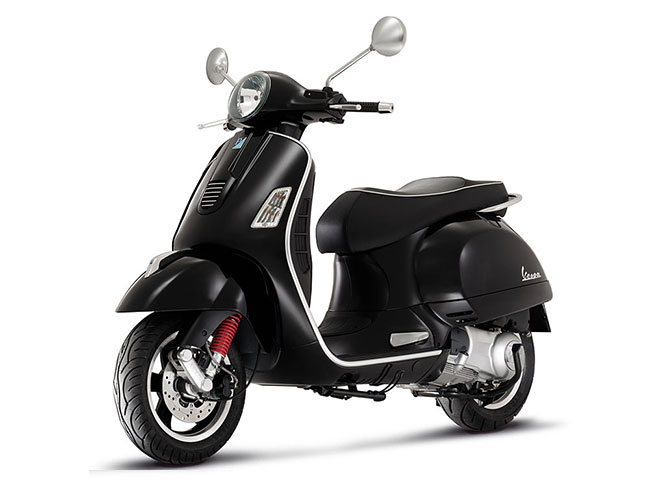 The Piaggio owned brand has successfully offering its iconic and retro-styled scooters globally. Talking about the mechanism of the newly revealed scooter, as I mentioned earlier that it has carried the maximum powered engine in the firm's product portfolio. The Vespa GTS 300 is powered by a single-cylinder quasar engine carrying 278cc engine displacement. The liquid-cooled and Electronic Fuel Injected engine is also featuring a catalysed 4-stroke unit. The 278cc displaced engine is tuned to generate a maximum power of 21.1 BHP @ 7500 revs and a peak torque of 22.3 Nm @ 5250 RPM. Being an automatic scooter, the engine is mated to a CVT (Continuously Varying Transmission) transmission. 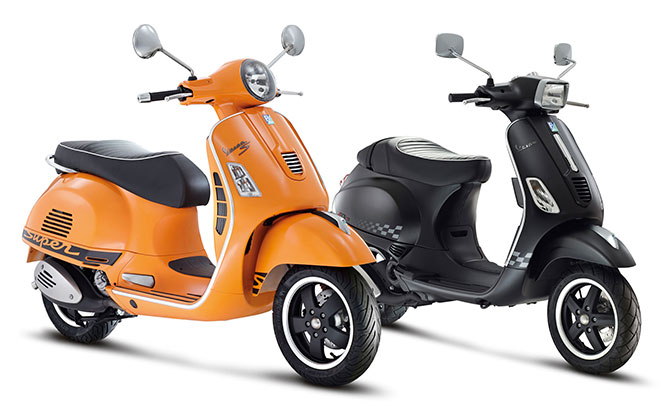 The Vespa GTS 300 is built around an in-house steel monocoque chassis. The scooter is featuring several additional and attractive features such as two-channel ABS system incorporated with disc brakes at both front and rear and traction control system. The suspension duties have been taken care by single-arm, dual-chamber hydraulic shock absorber at the front and rear gets two dual effect shock absorbers. The company claimed top speed attained by the Vespa GTS 300 is 128 KMPH with a mileage of 28 KMPL.

The Vespa GTS 300 is priced at 6,599 USD in United States. The newcomer in the Indian two-wheeler market is expected to carry a price tag in between Rs 2.5-3 Lacs. The Vespa GTS 300 would be coming towards India via the CBU (Completely Build Unit) route. Currently, the firm is selling four variants under the Vespa scooter model; those are Vespa, Vespa S, VX and Elegante.

The Limited Edition of new Vespa Elegante got the price tag
Views: 5561

Vespa Elegante, Things You Would Like to Know About the Scooter
Views: 3695

A Decorated Version of Vespa Elegante to be launched in India
Views: 1588