Victory Motorcycles, is all set to make its professional move at the 2016 Isle of Man TT Zero race with an all-new electric superbike entitled Victory RR. The bike is going to be ridden by the racer William Dunlop and is developed over the past year as per the data collected during the 2015 TT Zero. "One way we continuously push ourselves in performance is through our Victory Racing initiatives. The Isle of Man TT is one of the most challenging motorcycle races in the world, so of course we have to be there," says Alex Hultgren, Director of Marketing for Victory Motorcycles.

This time, the American brand has tried something new in terms of mechanicals as the Victory RR sports a Parker GVM Water-cooled, 3-phase, IPM AC engine under the hood, which generates a fierce power of 174BHP alongside 240 NM of peak torque. Weighs 240 kilos, the electric racer sits on 17-inch wheels shod with 120/70 (front) and 200/60 (rear) Metzeler tyres. 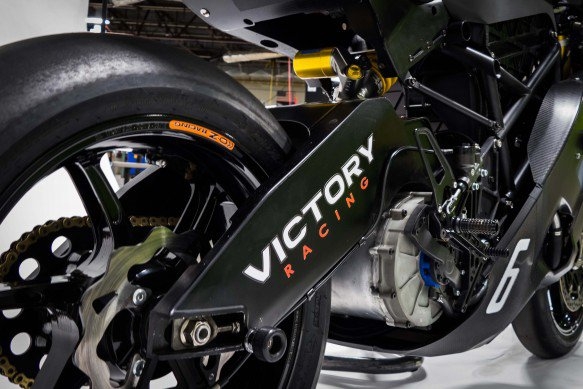 According to the Victory, the new RR would probably act as a testbed for the production-spec electric motorcycles, which the company is also hoping to add in their portfolio soon. "Our electric Empulse RR race bike placed third on the podium in the TT Zero race last year, which we were thrilled with. Using the data we gathered on our laps of the TT course has helped us to develop a new battery module as well as improving the powertrain. We feel like we can return to the TT with more performance as well as being able to test this technology for our future products," says Brian Wismann, Victory Racing's team manager. 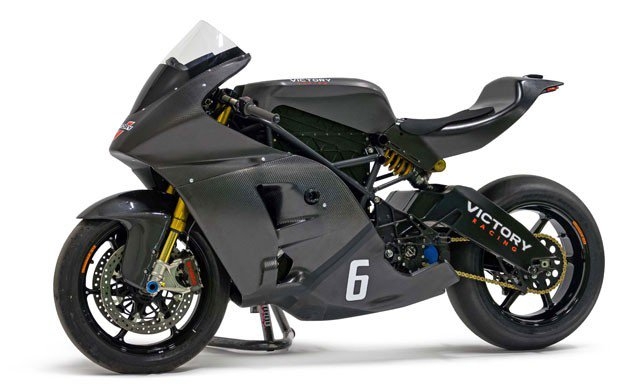 With the help of one of their technical partners, Brammo, Victory has come up with a new battery design, which results in better performance of the bike. The most prominent change is in the design of the chassis which is now built around a steel-tube trellis frame instead of the old extruded aluminum twin spar.

Victory Motorcycles will make a track towards India
Views: 2774