Volkswagen was caught while testing the T-Roc R near Brunswick factory of Volkswagen in Germany. The T-Roc R test mule was not wearing any camouflage and caught in standard crossover body but the R-Motion badging and the quad-exhaust set-up at the rear rear the identity of the T-Roc R.

But the production-ready T-Roc R will not consist like the test mule seen here. The sporty crossover will get a lowered ride height and the tuned suspension. It will get the larger wheels as well. Although, the test mule takes bodyshell like the standard car, the two faux exhaust ports on the rear bumpers could not hide themselves properly. Therefore, we can predict a sportier diffuser along with norms for quad-exhaust set-up in the production-ready design. 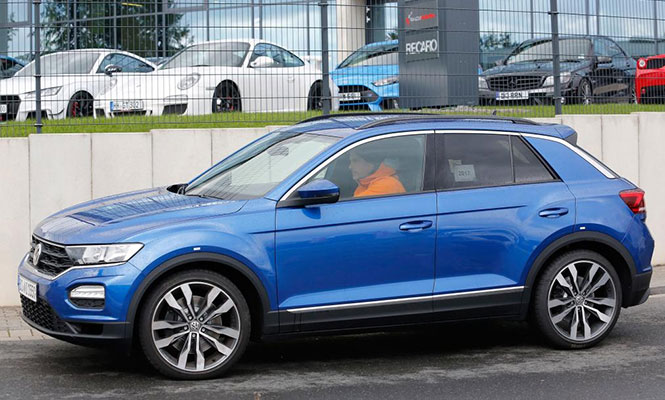 The new crossover is expected to take power from the same engine. The 2.0-litre turbocharged petrol engine is able to produce a peak power of 300-350bhp and twisting force of 400Nm while running on the 4MOTION all-wheel-drive system. The optional Performance Package will obtain a big size bump in power output along with certain additional sportier buts. 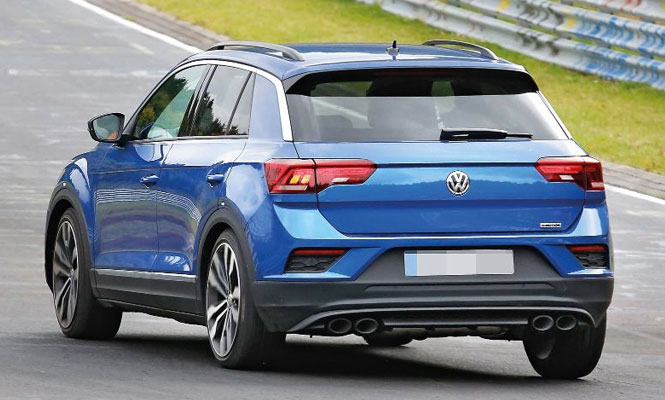 After the T-Roc R, the company also wants to develop a Tiguan R. Moreover, Volkswagen will make the sportier R line expansion along with the Arteon R, but it is not sure at the moment. The T-Roc R is likely to showcase this year at any motor show. It will compete against the Hyundai Kona N, Audi SQ2, BMW X2 xDrive20d M-Sport and Mini Countryman S in the market.