Yamaha Motor Research and Development India (YMRI) that is an R&D division for Japanese automaker’s Indian subsidiary is working on electric vehicle project. The unit along with other R&D centres Yamaha Motor Corporation (YMC) from different countries across the globe, is busy developing all new electric two-wheeler platform to serve not only India but also the global audience. Yasuo Ishihara, Managing Director, YMRI confirmed the piece of EV development information.

According to the Auto professionals reports, a team of about a hundred engineers from countries like India, Japan, and Italy, Taiwan, China and Thailand as expected candidates are sharing hands-on electric two-wheeler platform development. Well, there are no official words and detailed information about the EVs, albeit, Mr Ishihara confirmed the connections being build up with key suppliers for EVs.

In the coming future, we could witness a vital role of YMRI played in developing new electric two-wheelers platform. As India is one of the biggest automotive markets across the globe and the Indian government itself promoting manufacturers to develop electric vehicle and introduce in both two and four wheeler segments. 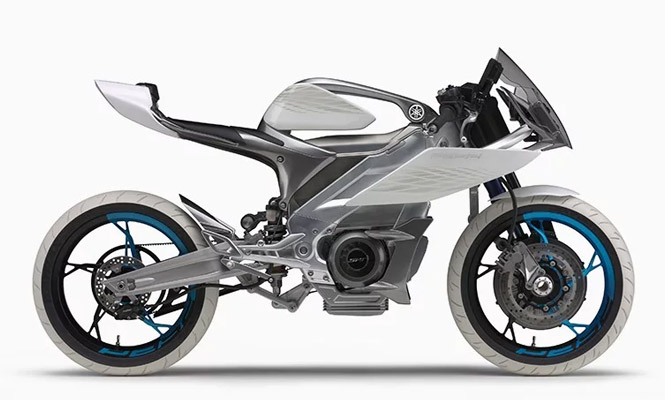 Other than Yamaha, another Japanese automaker, Suzuki is also manufacturing an electric two-wheeler (most probably a scooter offering) that is scheduled to introduce in India in 2020-21. What will be Yamaha’s first flagship in this electric two-wheeler segment? Right now, can't say anything. As the production-ready model will hit the Indian soil during the launch of Suzuki electric.

In his recent visit to Taiwan, Mr Ishihara examines the scope of an electric vehicle in the country. Also, he reveals that the R&D team of Taiwan is finding the battery swapping concept as a better option for potential energy. As it enables, battery swapping within the time duration that needs for filling up the tank at a fuel station.

Not these Japanese giant, but also other manufacturers like Hero MotoCorp, TVS, Bajaj and Royal Enfield as well, have joined the race of crafting EVs for the Indian market. It is being anticipated post-emergence of more stringent BS-VI emission norms, this contest will heat up to a high level.