After making the domestic debut of Yamaha YZF-R3, the Yamaha has made another interesting announcement regarding the upcoming launching. Roy Kurien, Vice President, sales & marketing of Yamaha Motor India Sales Pvt. Ltd said that MotoGP rider Jorge Lorenzo will visit India in November. And, further details regarding Lorenzo’s India visit will get disclosed soon. Jorge Lorenzo is a professional motorcycle road racer, two times MotoGP World Champion, who is riding for the factory Yamaha Team. Moreover, the new motorcycle most would likely to be a facelifted version of Yamaha R15, that will be launched by Jorge Lorenzo in India. 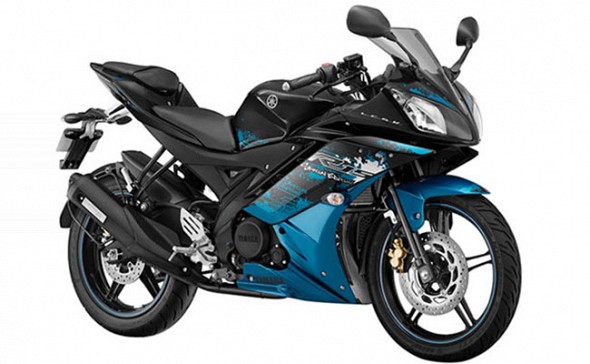 The 2015 Yamaha R15 to get cosmetic updates only while the technical specifications and mechanical parts will remain the same. Thus, the current version is powered by a liquid-cooled and four stroke engine, carrying an engine displacement of 149.8cc. The single cylinder and fuel injection motor are capable of producing 17 PS of power at 8500 RPM and 15 Nm of torque at 7500 RPM, the engine is mated to a six-speed transmission. The motorcycle will continue with front telescopic suspension and rear mono-shock suspension and the braking duties are taken care by front and rear disc brake.

The facelifted version of Yamaha R15 will be launched in the country during the festival season and the price will be slightly higher than the outgoing version. Well, Yamaha is yet to make an official announcement regarding its facelift version of R15, till then we have to wait to get further details about the upcoming product.