Yamaha Motor has launched a Special 60th Anniversary Limited Edition motorcycle, YZF-R1, in a stunning dual-tone paint scheme yesterday at the Paul Ricard circuit during the Bol D'Or race in France. The limited edition has been painted up with a special dual-tone Yellow/Black livery, whereas, speedblock design gives an outstanding look to this motorcycle. The Special Edition has been designed to pay homage to the Yamaha's legendary racers. Price has not been announced yet, but this motorcycle will be commenced for sale in December 2015. Whereas, the surprising news for the R1M enthusiastic is that company has announced another run of the track specialist, with customers requested to register online from 1st of October. 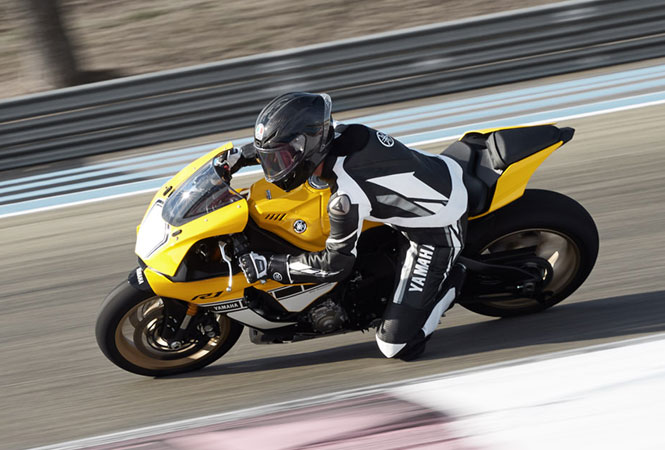 However, for 2016, the R1 will also be available in Race Blue, adopting a subtle graphic update, and in Racing Red. In addition to new livery, the company will also be launching the new 2016 colors and graphics for all R6, R3 and R125 models.

The company has developed R1 without compromising the power and performance as it is based on Yamaha's YZR-M1 MotoGP technology to boost the performance on the track. It is a track oriented motorcycle that is featured with a six-axis Inertial Measurement unit that constantly senses chassis motion in 3D. Thus, the sports motorcycle is fitted with an Akrapovic muffler that makes this superbike so special. 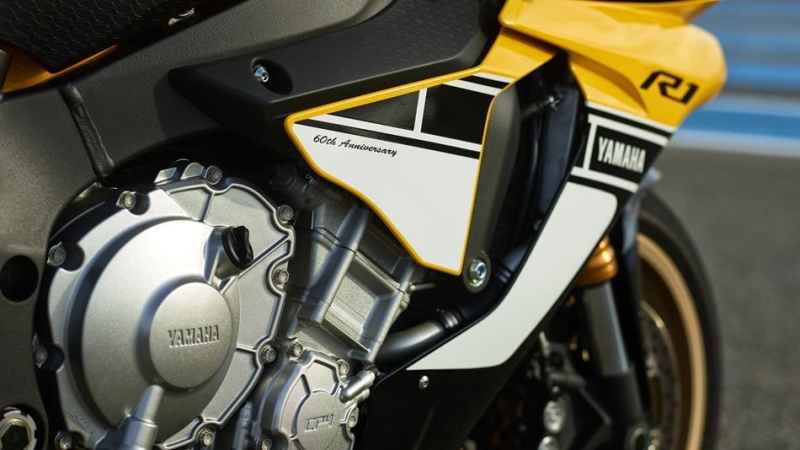 Yamaha YZF R1 is one of the best sports motorcycles from Yamaha stable which is featured with a M1-derived engine and electronic control technology that enable every riders to discover their true potential for the most exhilarating supersport riding experience. The Special Edition is powered by the same 998cc in-line four motor that delivers 200 PS of power.