Yamaha pulled up the curtains for new MT-09 Street Tracker

On Wednesday, 11th June, Yamaha has introduced a new member in the MT family. The company has unveiled its all new MT-09, a third bike in the 09 Series. The other two bikes buoy up with the Yamaha MT Series are MT-07 and MT-125, which are strengthening up the MT Family. The company named this bike as a "Street Tracker bike". It was first shown at Fighter styled Street Rally, which was held last year in Autumn. The new genre in the Yamaha family follows the tradition of having a standard version which is built-in around.

Yamaha Claimed about its Street Tracker, "A scrambler-inspired bike that is equipped with a range of special high quality components. Built for riders who are searching for more emotion and individuality, the MT-09 Street Tracker offers a cool and sophisticated new look." 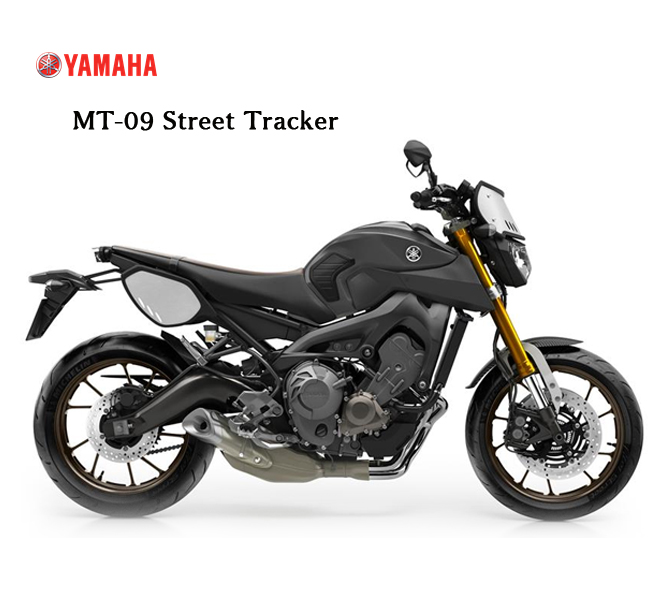 Featuring a unique style of its own, the bike's power plant is managed by a liquid-cooled, 4-Stroke, 4-Valves, DOHC engine combined with three cylinders which gives an engine displacement of 847cc. For the first time, Yamaha has introduced a black frame and bronze colored cylinder head. The highest power achieved by the engine is 115PS @ 10,000 RPM and the maximum torque will be 87.5Nm @ 6,500RPM. The engine is mated with a constant-mesh 6-speed transmission gearbox. The front suspension system is framed with Telescopic forks that is of Golden Metallic in color, which is the most attractive and appealing chunk of the bike. The braking system is maintained by Hydraulic dual disc brake of 298mm in front and single disc brakes of 245mm at rear. 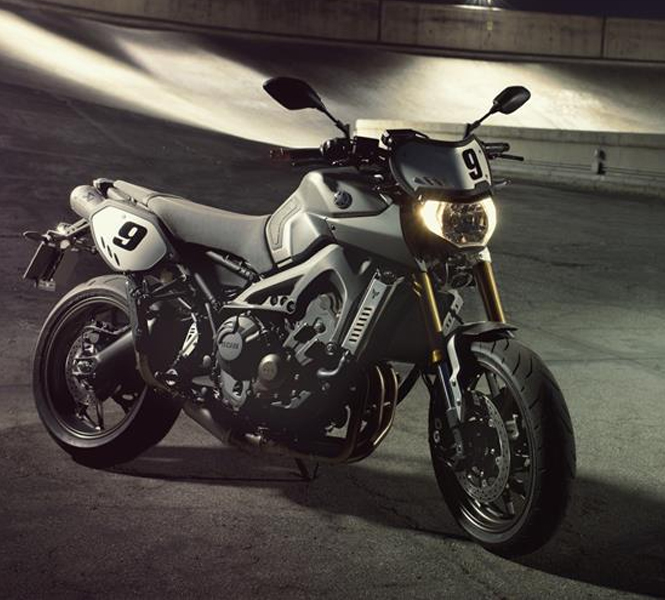 The chassis frame of the bike is designed by the company's standard Diamond frame. The Street Tracker gets an Italian design, Two-tone seat and a unique matt finish frame which gives this dynamic model a mature and sophisticated look. The aluminum front number board over the head light gives this bike an overall different look.

The price of the Street Fighter bike has not yet confirmed by the company and it is expected that the bike will be available to dealers in the month of August.