Yamaha that offers motorcycles in India meant for the mass market, the strategy is not going to work any longer for the Japanese giant. Also, it is clear from the FY18 sales report that showcases a flat growth of 15 per cent. if compared to the previous year sales, it's four per cent less and the ranking got affected by displacing to 6th spot for Royal Enfiled. Motofumi Shitara, the newly appointed Chairman, Yamaha Motor India at its first interaction with media said the premium motorcycles fall in 150cc and above displacement is brand's area of focus in the coming future.

Youngsters growing interested for the retro bikes is a recall to Yamaha to bring back those sporty yet affordable offerings of the previous era. Well, there are chances that we would be able to see the introduction of bikes influenced by the Yamaha's most loved offering the RX100. The recorded sales in FY2018 also sports the change and pushing Yamaha to roll out the bike with the character of Yamaha RX100. 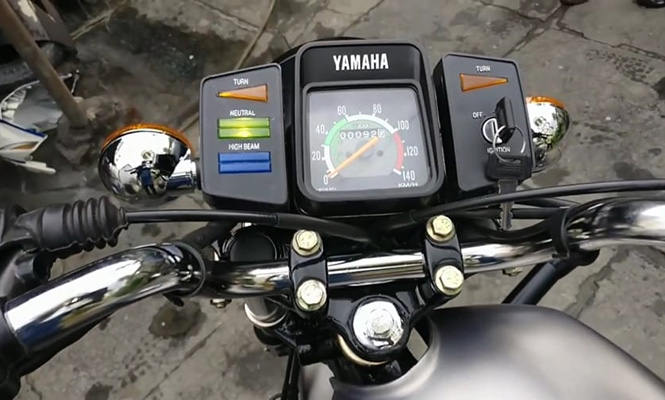 Mr Shitara further added that these changing habitats of purchasing from the country's growing middle class and youth project switching two-wheelers' genre from commuter motorcycle to a premium product via a huge proportion in the coming years. For such scenarios, the company want an inventory packed with a product lineup that will serve this switching of customers.

Further, the local R&D operations are in brand subsidiary's focus to set up product development capability and the localization of products. As of now, the development of a new product is being handled by Yamaha's overseas R&D bases in Japan and Southeast Asia.

The new chairman of Yamaha Motor India Group suggests that the company could expand its market share by 10 per cent with estimated sales will grow by 2.5 to 3 million units per annum within the next 5-7 years.