Yamaha Motor India has recently updated its official website owing to stringent BS-IV emission norms implemented in India. And, it has brought a surprise by the elimination of two flagships, the YZF-R3 and the FZ16 from the lineup.

Out of the two, the naked performance motorcycle, the FZ16 was powered by an older 153cc engine. And almost all the 150cc models in Yamaha's India lineup was also equipped with the same expect sports tourer YZF-R15 one. Afterward, the emergence of the 149cc engine has completely turned out the FZ lineup featuring in the Indian market.

The second bike in question, the Yamaha R3 also got new colours update on an international front. That are also expected to come in Indian market soon in near future. An idea says it could be a part of Yamaha’s planned strategy to differentiate CKD imported products such as YZF-R3 by adding a new CKD tab under motorcycle section. 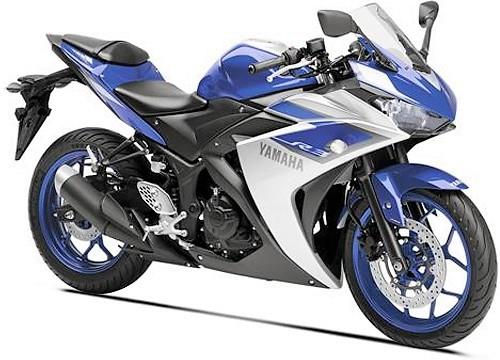 one of the most powerful motorcycles available under INR 4 lakh (on-road), the Yamaha R3 competes with native contender Kawasaki Ninja 300 in India. There are so fewer chances that Yamaha will take such action, it might have some other plans for further upgradation.

On powering end, the R3 gets power from a 321 cc, twin cylinder engine. The engine is liable to generate 41.4 BHP of power and 29.6 Nm of torque. All the churned power transmitted to the rear wheel via a mated 6-speed gearbox and brand claims a top speed of 188 kmph.

Recently, the company has updated a number of products such as FZ series (including Fazer), gets colour updates for 2017 model year. The SZ-RR received BS-IV engine and new shades update. The commuter Saluto gained mandatory updates and the disc brake variant of this 125cc motorcycle got Grey and Cyan colour addition.