The Green giant, Kawasaki Motors with an aim to deliver some freshness to its global audience by reviving its entire product portfolio. Before it, the Japanese bike maker made some refinements to its H2 and H2R supercharged beasts. And now, a Japanese magazine, Young Machine came out with some images of the all new Kawasaki H2 GT. Rumors around the corner is 2017 H2 GT is based on the filed patent design, emerged in February month this year. 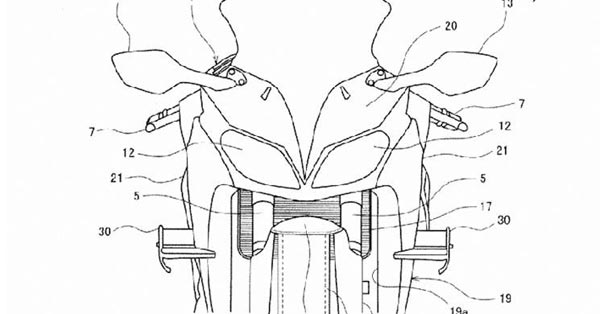 Reportedly, the 2017 Kawasaki H2 GT prototype is carrying elongated front fairing with more aerodynamic and downforce offering body design than its sibling H2. The patent design also shows some moveable wings like things which is expected to produce different levels of downforce, on its different positions and the testing for this has already been commenced. 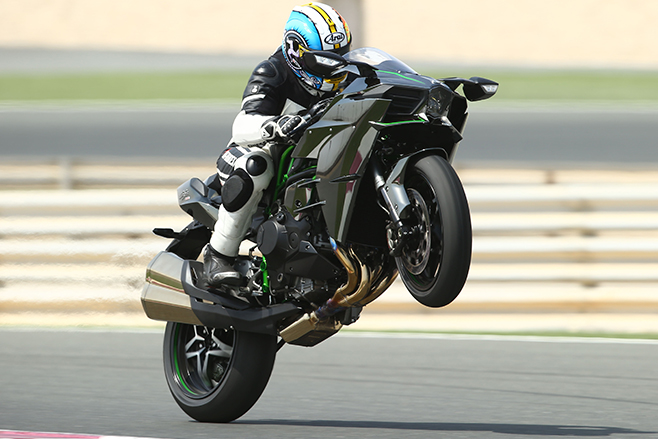 On powering end, the forthcoming 2017 Kawasaki H2 GT is expected to share the same powertrain of the regular H2 with some advancement. The bolted engine will be a 998 cc, liquid-cooled, inline four-cylinder engine equipped with supercharger, which is able to produce power of 200 PS at 11,000 rpm, 210PS with Ram Air and torque of 133.5 Nm of torque at 10,500 rpm. The superbike will contain a 6-speed gearbox to contribute with that powerful engine for remarkable performance.

Where Regular H2 runs on 120/70 tire at the front and 200/55 tire at the rear wrapped on 17-inch multispoke alloy rims and to stop the movement of the wheels 330 mm dual semi-floating discs at the front and a 250 mm single disc works at the rear wheel. The current H2 is priced NR 29 lakhs, ex-Showroom, New Delhi. And if the 2017 Kawasaki H2 GT will emerge in the Indian market, it will carry bits higher price figure.