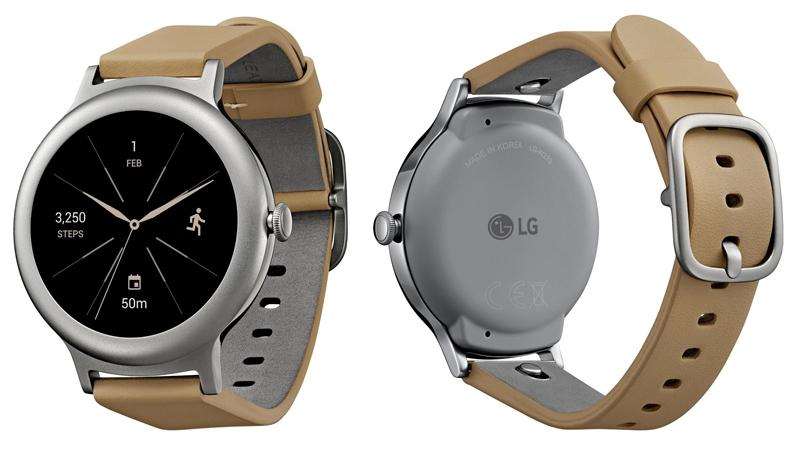 Both of the models are blessed with circular, plastic OLED displays, but Watch Sport packs a denser 1.38-inch 480x480 pixels resolution display with 348 ppi of pixel density and Watch Style packs a smaller 1.2-inch 360 x 360 pixels resolution display with pixel density of 299 ppi. Bothe of the smart watches are powered by 1.1GHz Snapdragon Wear 2100 processors and also feature a rotatable digital crown, which can be used to interact with the Android Wear 2.0 user interface.

The bands on the LG Watch Style is easily swappable, which means you can replace them with different bands with ease, but Watch Sport doesn’t allow the same functionality. As we can see Watch Sport is a flagship model, it doesn’t come with removable bands, as the company has fixed wireless antennas in the band itself and left it fixed with the watch. The Watch Style also comes with an IP67 rating for water and dust resistance, while being an upgraded model Watch Sport gets an IP68 rating.

Apart from these, Google on this Wednesday introduced the latest Android Wear 2.0 OS in the market and launched the first two smartwatches based on Android Wear 2.0 in collaboration with LG. The new Android Wear 2.0 OS brings a lot of admirable upgrades like improved interface, customized watch faces, on-watch Google Play Store, Google Assistant and Android Pay Support and much more.

Samsung, LG, Vivo, and Others Have Shut Its Smartphone Production in India
Views: 7474

Google Bids GoodBye to Its Not So Popular Social Platform Google+
Views: 2399