Another budget offering by the Taiwanese tech giant Acer in MWC 2015 which got the chance to show its competence is Liquid Z520. This handset will reach in stores in April at the price tag of EUR 109 (Approx Rs. 7,500). Two more smartphones in the same series also unveiled at the same event, named Liquid Jade Z and Liquid Z220.

Let’s talk about the Liquid Z520 specs, this smartphone comes equipped with a 5-inch display which offers FWVGA (480x854 pixels) resolution. This smartphone is powered by a quad-core Qualcomm Snapdragon 400 processor, clocked at 1.3GHz which provides seamless experience by working along with 1GB RAM. 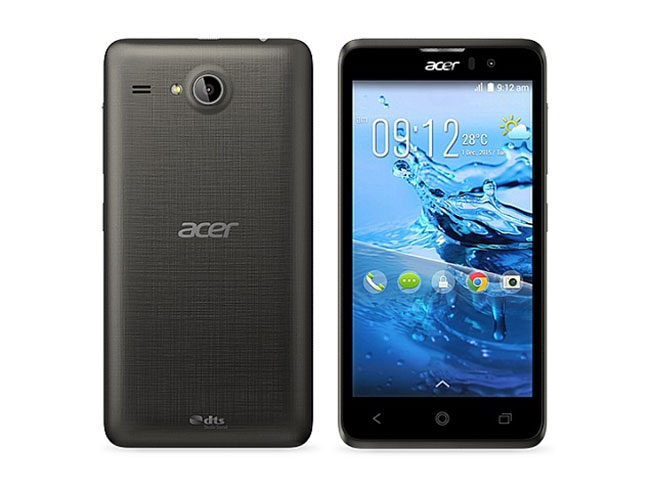 The Acer Liquid Z520 comes mated with 8GB built-in storage which is huge enough for a low-cost device. It supports microSD card slot, but no word on the amount of expandable storage. The company has touted stunning camera module with this smartphone to enhance imaging experience. An 8MP camera on rear side is beautifully crafted to deliver amazing result with LED flash. This rear shooter is a voice-activated camera which removes the dependency of touchscreen to click images; simply instruct the device to click picture.

This handset runs on Android 4.4 KitKat platform. No information regarding the battery and SIM slots are known yet. DTS Studio Sound is another impressive feature of this handset which brings the advanced audio quality to the device. Below is the video to check the functions of Acer Liquid Z520.

Track Your Kid with Haier Smartwatch, Showcased at MWC 2015
Views: 4216