The Eminent, Taiwan based Multinational hardware and electronics corporation, Acer has introduced another budget tablet, Iconia A1-713 for the Indian market. The device is reasonably priced at Rs.12, 999 and is available across the country through Acer outlets. S Rajendran, the chief marketing officer of the firm has claimed that it reflects the company's hard endeavor to have a fortress in the Indian tablet space. He has also stated that it is an excellent device, whereby consumers can enjoy mobile entertainment.

Manifestly, Acer is the well known company, which provides environmentally friendly offerings. It is devoted to fabricate the new IT products with intuitive and unique technologies to improve usability and add value to its customers' demands. Notably, It was expected by the retailers that the firm will manufacture its new successor, A1-713 by acquainting the huge boost in the information technology, which has changed the dynamics of the Indian tablet market. 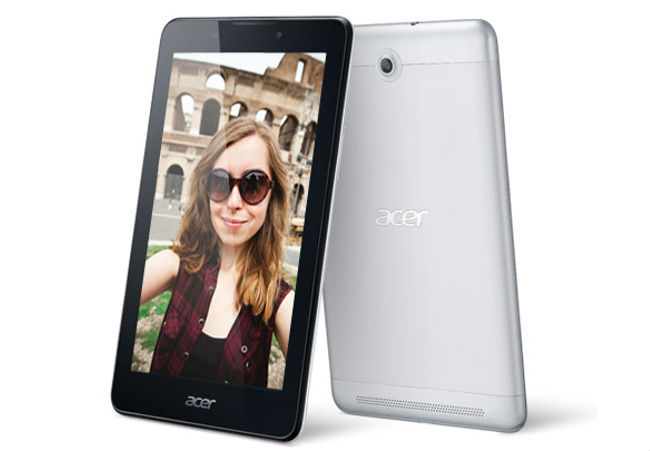 Now, if we'll articulate about Iconia A1 -713's attributes, then it's MediaTek MT8382 Cortex A7 quad-core processor, which has clock speed of 1.3 GHz and 3G along with voice calling support makes it quite amusing. The device renders 7 inch display and powered by Android 4.2 Jelly bean operating system. It is clubbed with 1GB of RAM alongside 16GB of inbuilt storage that can be expanded upto 32 GB via an additional microSD card.

The tablet is easier to carry in one hand because of its weighing about 305 grams. It also confers 2 megapixel rear camera along with VGA front-facing camera. The device provides 1024×600 pixels resolution and equipped with 3400mAh battery. Here, it is worth to say that Acer's new successor will not make you gloom on the connectivity front due to availability of Bluetooth 4.0, 3G support alongside Wi-Fi.

According to the sources the Iconia A1 -713 is a genuine contender to compete against FlipKart's Digiflip Pro XT712 as well as Dell Venue 7 3G. These devices also come with almost identical specs and traits with a comparatively lower price point.