Archos Unveiled Diamond 2 Note, Diamond 2 Plus Ahead of MWC 2016

Archos, the multinational national smartphone manufacturing company has announced the launching of their smartphones at the upcoming Mobile World Congress (MWC) 2016 event. The event will go to be held in Barcelona, Spain from February 22 to February 25.

The newly launched smartphones by Archos are dubbed as Diamond 2 Note and Diamond 2 Plus. The company will be showcased the handsets along with the new tablets at the trade show. It is expected that Diamond 2 Note will be priced at $279 (roughly Rs. 19,200) and the Diamond 2 plus will cost at $229 (roughly Rs. 15,700). Both the handsets will hit the shelves in May this year. The company has already listed on their website that the device is operated on Android 6.0 Android Marshmallow along with the specifications. 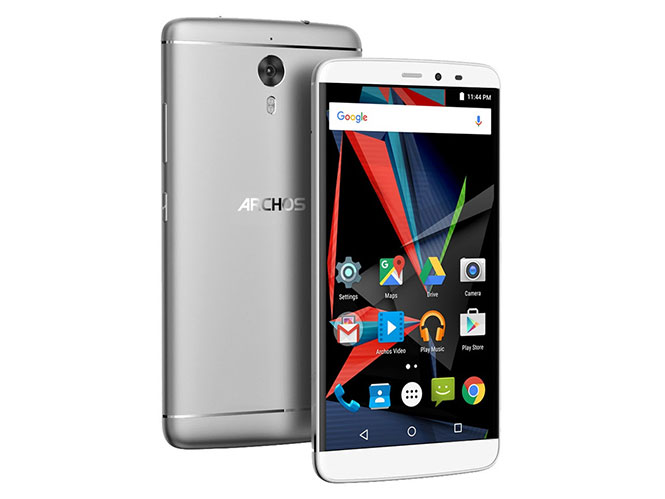 In terms of specifications, Archos Diamond 2 Note is featuring a 6-inch QHD IPS display with a resolution of 1440*2560 pixels and is offering a pixel density of 490ppi. The device is layered with Corning Glass 3 for the protection. The device features a hybrid SIM slot, which can house either two SIM cards (Micro+Nano) or a single SIM card along with a microSD card up to 128GB for storage expansion. The smartphone is powered by a 64-bit octa-core Mediatek X10 MT6795 processor clocked at 2GHz, clubbed with 3GB LPDDR3 RAM and PowerVR G6200 GPU.

On the photography section, it is loaded with a 16-megapixel camera at the rear end with PDAF (Phase Detection Autofocus), f/2.0 aperture and dual LED flash. It is also featured an 8-megapixel front facing camera with an 84-degree wide angle BSI sensor and f/2.2 aperture. For the connectivity, it includes 4G LTE (Cat. 4), Wi-Fi, Wi-Fi Direct, IR Sensor, Bluetooth 4.0, GPS/A-GPS, Micro-USB (with OTG), and FM radio options.

The Archos Diamond 2 Note is backed by a non-removable 3610mAh li-ion battery with fast charging capabilities. 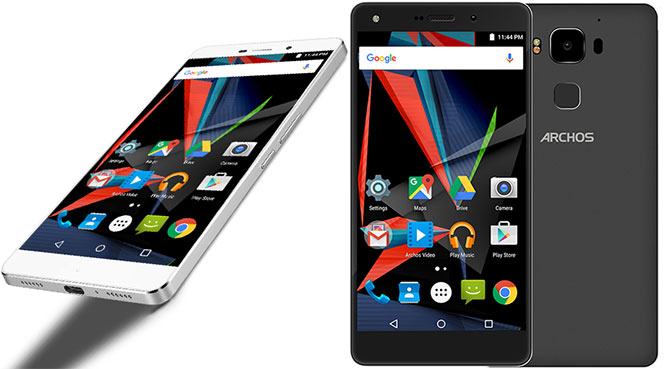 On the other hand, the dual SIM enabled Archos Diamond 2 Plus features a 5.5-inch full HD IPS display with 2.5D curved screen having a resolution of 1080*1920 pixels and is offering a pixel density of 400ppi. The device houses a 64GB of inbuilt storage, that can be expanded up to 128GB via microSd card slot expansion. The device is powered by a 64-bit octa-core Mediatek P10 MT6755processor (four cores at 2GHz+four cores at 1.2GHz), clubbed with 4GB LPDDR3 RAM and Mali-T860MP2 (700MHz) GPU.

The Diamond 2 Plus is backed by a non-removable 3000mAh Li-ion battery with fast charging capabilities. It also houses a fingerprint sensor for enhanced privacy and security.