HTC, the Taiwanese consumer electronics company, has announced a new and Limited Edition HTC U Ultra mobile, that was launched in January 2017. The limited edition HTC U Ultra comes with sapphire glass display and increased internal storage of 128GB, apart from these all the other specifications are same as regular HTC U Ultra smartphone. We might be knowing that the HTC had announced that it was going to launch an 'unexpected surprise' on Monday, and the speculations were rife that the company would launch the HTC One X10 or HTC 11. 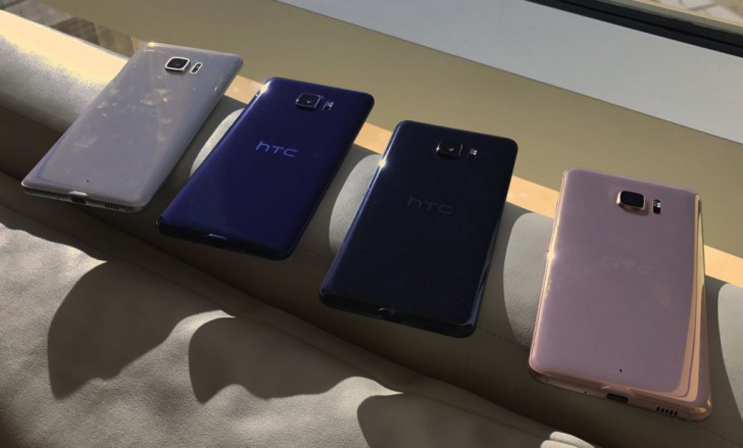 The latest HTC U Ultra Limited Edition is up for pre-orders in Taiwan for TWD 28,900 (Approx. Rs. 62,000). This Limited Edition variant has been made available in all four color variants, similar to the original, i.e. in Black, Pink, and White. The company is offering a leather flip case to all the customers, who pre-order the 128GB variant. Along with flip case, the key ring, and a Quick Charge 3.0 power bank are also being offered. As of now, there is no word on if this variant will be made available in other international markets or not.

To recap, the HTC U Ultra sports hybrid dual-SIM (Nano), and operates on Android 7.0 Nougat with Sense UI customization. This HTC smartphone sports a 5.7-inch QHD (1440x2560 pixels) display, along with a secondary 2-inch display with 1040x160 pixels resolution. The device has been powered by a quad-core Qualcomm Snapdragon 821 chipset coupled with 4GB of RAM.

The storage of the HTC U Ultra is expandable via microSD card (up to 2TB). On the camera front, the HTC U Ultra comes with a 12-UltraPixel rear camera, and a 16-megapixel front camera with an UltraPixel mode for selfies, and a BSI sensor. The HTC U Ultra is a 4G LTE-empowered handset that also supports VoLTE, GPS/ A-GPS, Bluetooth v4.2, Wi-Fi 802.11ac, NFC, DLNA, Miracast, HTC Connect, and USB 3.1 Type-C connectivity options. The HTC U Ultra bears a fingerprint sensor on the Home Button and packs a 3000mAh battery with Quick Charge 3.0.