After a long period of time, homegrown mobile maker: iBerry has come into view and brought a feature-rich Android 5.0 Lollipop-based smartphone: Auxus Beast for domestic space. Notably, corporation had launched its Auxus RIST smartwatch and swivel camera-equipped: Auxus One phone in December 2014, which are quite praiseworthy. And now, firm has again shown off its zeal in manufacturing well-built handsets at affordable costs by introducing its new creation at just Rs. 13,990.

Apart from Android 5.0 Lollipop, inclusion of 4G LTE connectivity option is also a main USP of handset. During the inauguration ceremony, Business Development Manager at company: Abrar Ameen stated that their novel invention is decked with high-end specs that gives a thrilling opportunity to Indian consumer to choose a phone which really stands out of the rest at an affordable price. 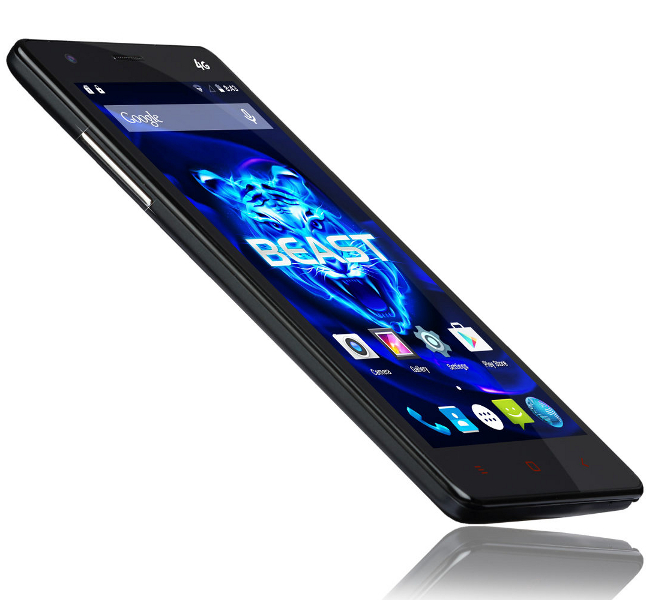 Diving into Auxus Beast, gadget is packed with 64-bit octa-core MediaTek MT6592 processor clocked at 1.7GHz and houses Mali-T760 GPU in its shell. To take the full advantage of this performance-beast SoC, phone houses 3GB DDR3 RAM, whereby it is capable to run multiple apps at the same time seamlessly. 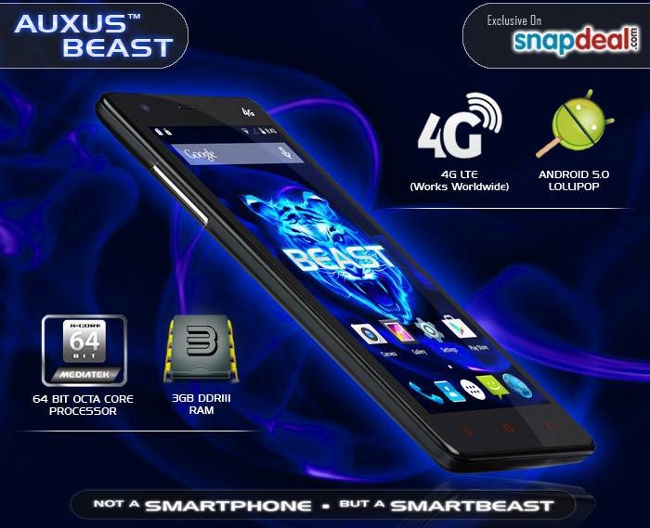 Fueled by a 3050mAh removable battery, handheld bears a 5.5-inch HD IPS display with Corning Gorilla Glass protection that produces a pixel resolution of 1280 x 720p. Moreover, mobile has 152x78x8.2 mm dimension and a weighing of 168.6 grams. Well, prospective buyers will have to wait till April 20, because device will be available to purchase via an online portal: Snapdeal exclusively from the 20th of April.