Idea, the well-known telecom service provider in India today launched two new smartphones with 3G connectivity in India. The company has named the phones as Magna and Magna L. Both devices will be available with Android Kitkat Operating system. On one hand where the company has set Rs 4,999 price for Magna on the other hand, Rs 6,250 has been given to Magna L.

Talking about Idea Magna L, it comes with 1.3 GHz Quad Core processor that also runs on latest OS i.e. Kitkat 4.4. Along with this, other features that are offered with this mobile includes HD video recoding, video streaming, high-speed internet browsing and downloading. With the 4.5 inch display, the device sports a 5 MP rear camera with flash and 0.3 MP front camera. The additional feature added to this smartphone is the availability of guest mode for privacy and QR reader build in camera. Idea is also offering a Flip cover free of cost with this handset. 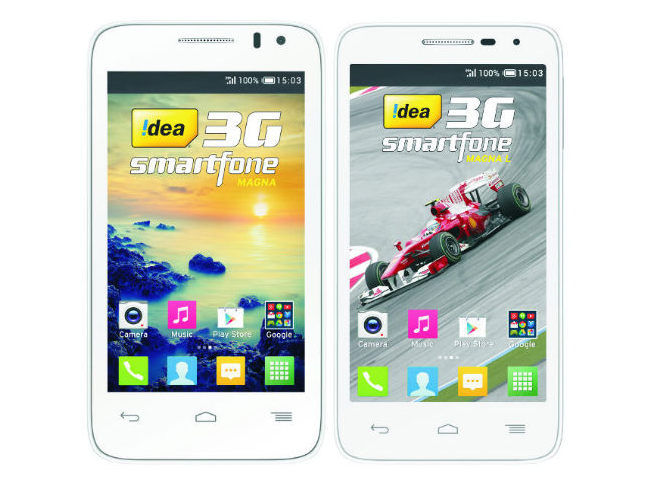 Moving onto Idea Magna, it is furnished with a 4 inch display. It has been embedded with 1.3 GHz Dual Core processor with Android 4.4 in it. This device is also installed with the same camera quality. This 3G enables phone is given a reasonable price of Rs 4,999 which will be a complete value for money handset for all the Indian customers.

On the event, Mr. Sashi Shankar, Chief Marketing Officer, Idea Cellular said that "3G adoption is greatly dependent on pricing of 3G smartphones and data plans. By bundling 16 GB 3G data with our entire range of smartphones, we have brought down the total cost of owning a smartphone, and 3G connection, by over 50%. With the new range of Magna and Magna L, 2G users can conveniently upgrade to 3G by paying as low as Rs. 4,999 and acquiring a stylish 3G smartphone with 16 GB data.". At present, Idea had made its 3G smartphones available over all Idea 3G markets all across the country.