The native handset maker, Intex has geared up to launch its first Firefox OS based smartphone, Cloud FX on August 25. In the pursuance of the firm, it has started sending media invites for an inauguration event that is scheduled on the 25th of August. Apparently, the company is already splurging on its upcoming handset and billing itself as a manufacture of India's lowest priced smartphone.

Not long ago the brand has released various Smartphones in its Aqua series such as Aqua Style Pro, Curve Mini, i14 and N15. However, it is the most desired range among the consumers that deliver stylish and advanced quality of handsets at an affordable price.

Hashing out the specs and features of the Cloud FX, then the handset is expected to arrive in the market with 1GHz processor, where the number of cores and chipset are still unspecified. The smartphone will be decked with decent 3.5-inch display alongside the Wi-Fi and Bluetooth connectivity options. It assimilates a 2-megapixel of the rear camera also. 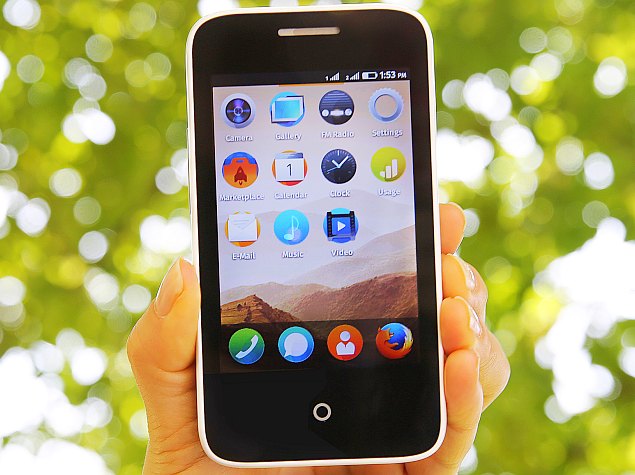 As per the reports, the forthcoming device of Intex is quite identical to the reference $25 Firefox OS smartphone, which was commenced by Mozilla and Spreadtrum and hoses with the similar above mentioned specs. The Mozilla's phone is also equipped with 3.5-inch screen size along with Wi-Fi and Bluetooth facility on the connectivity front.

Here, the sources are anticipating that the yet-to-be launched mobile of the homegrown firm might be coming with HVGA touchscreen, which will deliver the pixel resolution of 320x480p. Furthermore, there is higher possibility that Cloud FX could be arrayed with FM radio alongside the HTML 5 apps same as the reference $25 Firefox OS smartphone.

Notably, to attract the Indian consumers, all the leading companies in the world of domestic mobile phone space are striving hard to introduce the durable devices in affordable monetary values. At this place Intex has also rolled up its sleeves to launch the most inexpensive Firefox OS handset, which will definitely increase the competition among the budget smartphone segment.