Karbonn Mobiles, the domestic smartphone manufacturer, on Tuesday, introduced a new smartphone in the country dubbed as the Karbonn K9 Kavach 4G. The highlighting features of the new handset are its UPI integration in the form of the preloaded BHIM app and the availability of a fingerprint sensor for payment authentication. The handset will be available via all offline retailers across the country from this week with a price tag of Rs 5,290.

Detailing the new UPI integration of the new Karbonn K9 Kavach 4G, the company during the launching event at New Delhi said that the smartphone comes with integrated BHIM app's access and securitisation mechanisms at a firmware level, which makes it more secure to use. Moreover, the event was also honoured by the presence of NPCI officials, at which the company claimed that the pre-installed BHIM application has been optimised for a user-friendly experience and enhanced application performance in the new smartphone. 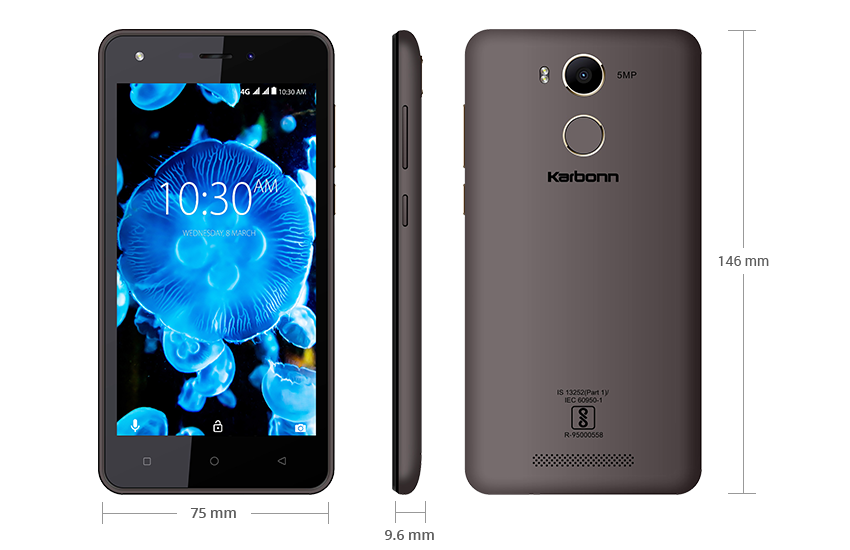 Additional OS integrations of the new Android smartphone by Karbonn include e-KYC and Aadhar authentication, Digilocker and e-Gov service access, the ability to perform person-to-person transactions directly from the phonebook, contextual payments within messenger apps, as well as bill payments and utility services.

Coming next to specifications, the Dual-SIM handset is blessed with a 5-inch HD IPS display with a resolution of 720x1280 pixels and runs Android 7.0 Nougat OS. It is powered by a 1.25GHz quad-core processor coupled with 1GB RAM and 8GB of inbuilt memory space, which can be expanded up to 32GB via microSD card. 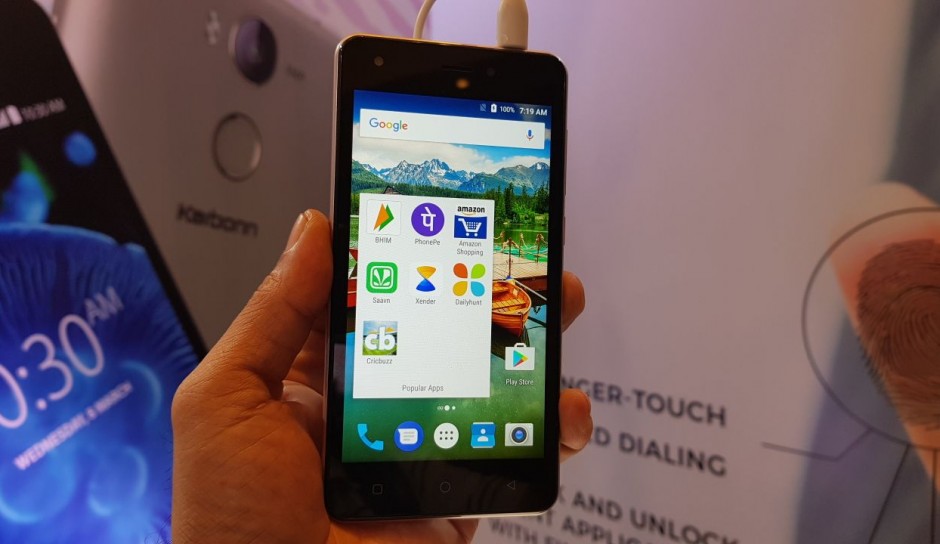 In term of optics, the GSM handset packs a 5-megapixel rear camera with autofocus and flash. A 5-megapixel front shooter is also provided by the company for selfie enthusiasts. The handset is backed up by a 2300mAh battery and includes 4G VoLTE, Wi-Fi 802.11 b/g/n, Bluetooth, Micro-USB, FM radio, and a 3.5mm audio jack as connectivity options on board.