Motorola Introduces Moto E4 Plus With 5000mAh Battery in India

Lenovo subsidiary Motorola has introduced its latest budget smartphone in the country today, dubbed as the Moto E4 Plus. The handset has already made its global debut alongside the Moto E4 back in June this year. The company has confirmed that the handset has started getting sold out exclusively available via Flipkart with a price tag of Rs 9,999.

The plus in the name is a symbol of its gigantic 5000mAh battery, which is also the highlighting feature of it. Additional noticeable features of the smartphone include the inclusion of a fingerprint scanner, Android 7.1 Nougat OS, and a front flash module. The handset will be unveiled at 12 pm IST in India, and you can also watch the live stream of the event below.

The company has also announced ravishing launch day offers for the handset, in which the buyers will get the Moto Pulse 2 headphones with a discounted price of Rs. 749; a free 2-month subscription to Hotstar Premium; Idea subscribers will get 84GB data for 3 months at Rs. 443; Jio subscribers will get Jio Prime + 30GB additional data, and, an exchange offer up to Rs. 9,000 is also provided with the purchase of the latest Moto E4 Plus smartphone. Moreover, the smartphone has also announced a buyback guarantee of up to Rs 4,000 along with an additional 20 percent off on Flipkart SmartBuy Products.

On the specifications front, the Android smartphone features a 5.5-inch HD display with a resolution of 720x1280 pixels and runs the latest Android 7.1 OS. The US variant of the smartphone is powered by a 1.4GHz Snapdragon 427 SoC, but in India, it will arrive powered by a MediaTek MTK6737M SoC. It will be available in two memory variants including a 2GB RAM/ 16GB storage and 3GB RAM/ 32GB storage variant. Moreover, the user will also get an option to expand the memory with the help of a microSD card. 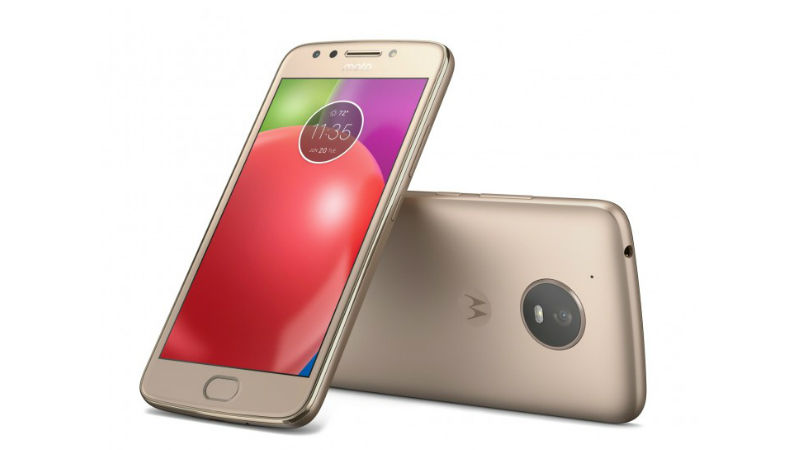 As we have already mentioned above, the GSM smartphone is backed up by a massive 5000mAh battery along with a fast charging support and includes 4G VoLTE, Wi-Fi 802.11n, Micro-USB, GPS, and Bluetooth v4.1 as connectivity options. Sensor part on the board includes an accelerometer, ambient light sensor, magnetometer, and proximity sensor. The smartphone is available in two colour variants across Indian market, which includes an Iron Gray and a Fine Gold colour options.