Motorola will Launch its Next-Gen Successor, Moto G+1 by September 10

The renowned America based Multinational Telecommunication company, Motorola can bring its next generation successor, Moto G2 on the 10th of September. As per the reports of GSMArena, a representative of the firm has tipped that this yet-to-be launched handset may be unwrapped during the IFA 2014 event in the next month. However, from the last week there are deluge of rumors about forthcoming smartphone, which have already unveiled some of its features and specs.

If we peek on the prior leaks by a Spanish website, then the model number of the device is Motorola XT1063, which is power packed with Android 4.4.4 Kitkat operating system. The handset is equipped with improved quality of a 8-megapixel rear camera alongside a 2-megapixel of selfie snapper. The alleged successor to Moto G is expected to arrive with a quad-core Qualcomm Snapdragon 400 processor, which is clocked at the 1.2 GHz operating frequency. 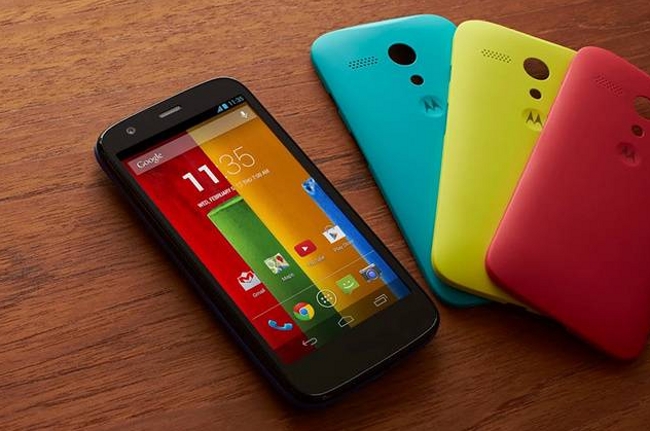 According to the reports of GFXBench, the Smartphone confers 5-inch HD screen size display. However, it is speculated that the device may deliver a pixel resolution of 1280x720 and its front design is little identical to the Moto E because it is coupled with similar front-facing speakers. The mobile could be dispatched with Adreno 305 GPU alongside a dual-SIM support. As claimed by the sources the upcoming mobile phone of the Motorola is housed with 1GB of RAM and 8GB of internal memory.

As per the stories, the Moto G2 might be coming with a price tag of EUR 250, which is significantly higher than the above mentioned predecessor. It is also appended by the reports that the first batch of the alleged Moto G2 would be given to some retailers by the end of August and the rest of the batches will begin shipping from September 10.