Nokia 8, which has been in the news for past several months as the next flagship smartphone from Nokia, has presently witnessed another leak of images. This time, the leak involves live images of the Copper Gold Variant of the upcoming Nokia phone which is expected to be officially launched on August 16. This is not the first leak of Nokia 8, and by now, we have a pretty good idea of how this phone is going to look like. The most recent leak also hint towards a price tag for the smartphone.

Also Read: Nokia 8 Expected To Arrive In India On August 16

The latest leaked renders of the Nokia 8 Copper Gold variant were originated from the Chinese site Baidu, with live screen actions. The images confirm most of the past leaks about design and specifications that include capacitive buttons for navigation, the presence of bezel, a home button with the fingerprint scanner underneath it, a dual-camera setup on the back, etc. The phone is seemed to feature an all metallic body. The fingerprint sensor, though, is not visible in the design. The real camera setup, designed by Carl Zeiss optics, comes with four holes, two for dual-sensors, one for flash, and one probably for laser autofocus. 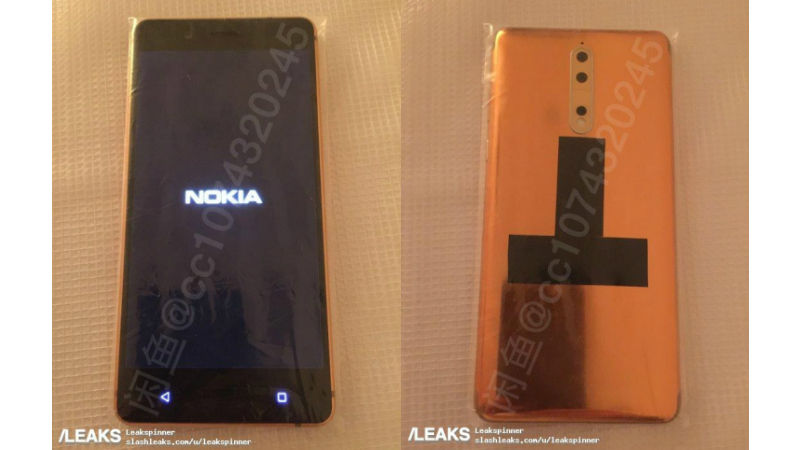 According to a news report published on Romanian site mobilissimo.ro, the Nokia 8 phone has already been listed by Vodafone for EUR 517.42 (roughly Rs. 38,900) for sale in the country. This, however, contradicts with the previously rumoured price tag of EUR 589 (roughly Rs. 43,400). The smartphone is expected to cost at around Rs. 44,999 in India.

The latest renders also show a 3.5mm audio jack present on the top edge. The phone will have both the volume and power keys available on the right edge. A Micro USB port is present at the bottom edge, so no fast charging for this phone. Apart from the leaked Copper Gold variant, the phone is likely to be launched in three other colour options - Blue, Gold/Blue, and Steel. 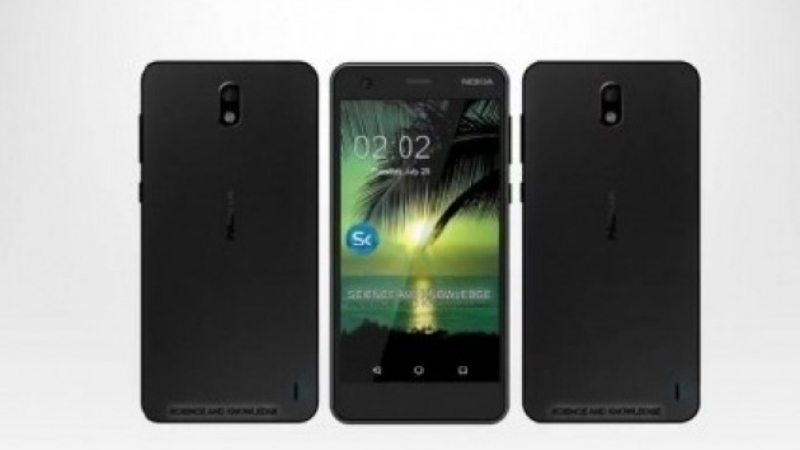 Also, the news of an entry-level smartphone Nokia 2 has surfaced the internet. The images and specs leaked at Weibo hint at a basic smartphone with a 4.5-inch HD screen, an 8MP back camera with flash, 8GB internal storage, a Snapdragon 212 processor, 5MP front camera, and Android 7.1 Nougat OS. The leaked images show the absence of the home button, onscreen navigation keys, and fingerprint sensor. The power and volume keys are given at the right edge. The phone is also expected to be launched on August 16 alongside the Nokia 8.

India’s contribution to global smartphone market might fall back to 9% (same as 2016)
Views: 9274

Samsung, LG, Vivo, and Others Have Shut Its Smartphone Production in India
Views: 9967

Samsung Galaxy is all set to launch S20 series
Views: 6896

Look What New Samsung Galaxy Flagships Have For you!
Views: 18807

Samsung Galaxy Note 10 Lite is all set to trend in India
Views: 4983