Mobile World Congress event will be held from 26 February to 1 March this year. Nokia licensee HMD Global is all set to launch several handset on 25 feb, ahead of MWC 2018. Nokia 9 which is the company’s new flagship, along with Nokia 8 Pro, Nokia 7 Plus and Nokia 4. Some of these may be stranded in Barcelona this month, while others can hit in markets later this year.

Nokia 9 has seen several leaks and rumours around its design and specifications over the past year. Nokia 9 will be high-end flagship smartphone by the company and will sport a dual-curved edge bezel-less display with double-curved 3D glass design.

At the rear end the phone case reveals vertically aligned dual rear cameras on the phone with LED flash placed on the right side of the two lenses. A rear-mounted circular fingerprint sensor will be found on the handset. It is not clear that the phone will come with dual cameras on the front as well. Nokia 9 is expected to feature reduced bezels at the top and bottom of the screen.

As per earlier reports, the phone is expected to be powered by a Qualcomm Snapdragon 835 SoC processor, a 5.5-inch OLED display, backed by a 3250mAh battery with fast charging support, and might come with 128GB internal storage, and run Android 8.0 Oreo out-of-the-box. 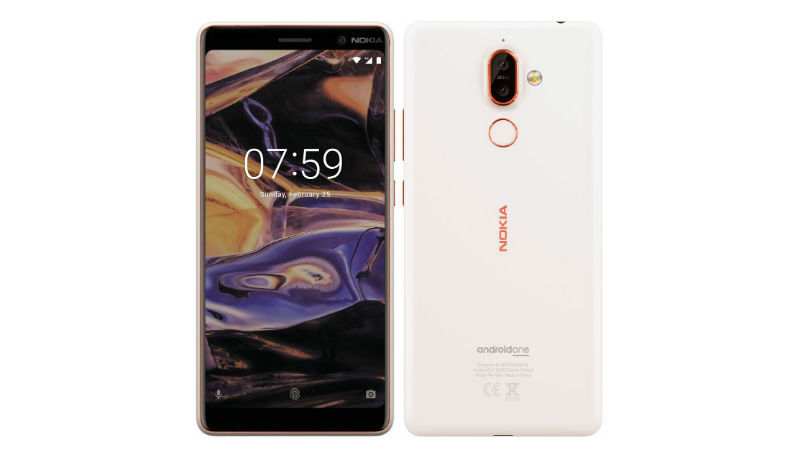 HMD Global is said to be planning to launch a new flagship smartphone called Nokia 8 Pro. According to the report in NokiaPowerUser (NPU), the Nokia 8 Pro will be powered by the Qualcomm Snapdragon 845 SoC. The smartphone features a Penta-lens camera module with rotating Zoom camera technology made by Zeiss. Additionally, the handset sports a circular fingerprint scanner and the design seems to be similar to the upcoming Nokia 9.

In terms of specifications, the Nokia 8 Sirocco (2018) may support a 5.5-inch OLED display, Snapdragon 835 chipset, 3250 mAh battery, and it could come with a 13MP+12MP rear camera and only a single 5MP front camera. The total storage space will be 128GB with 6GB RAM.

With less than a week left for Nokia's event at MWC, a new image of the smartphone allegedly named Nokia 7 Plus has been leaked. The Nokia 7 Plus is expected to be the company's first smartphone with 18:9 aspect ratio. Known tipster Evan Blass has posted renders of the upcoming Nokia 7 Plus smartphone. As usual, Blass took to his Twitter handle, @evleaks to post some new images, providing an idea of what we can expect in terms of the design.

As per the leak, the device will arrive as an Android One smartphone. It may feature dual rear cameras with Carl Zeiss optics and a fingerprint scanner along with a white or black finish at the rear end. There are additional copper highlights on the camera, the fingerprint scanner, and buttons.

According to an earlier report, the Nokia 7 Plus will come with a 6-inch display screen with the resolution of 2160 x 1080 pixels and sport a dual rear camera. The handset is backed by Zeiss optics, comprises 12MP and 13-MP image sensors. The smartphone is also said to come with 4GB of RAM and 64GB of internal storage which is further expandable via microSD card.

Nokia 4 is expected to be one of the smartphones that will be showcased for the first time at the MWC 2018. While unzipping of the APK file of the Nokia's Camera app had revealed the Nokia 7 Plus, it also named another smartphone called Nokia 4. Not many details regarding the smartphone are available right now, but given the processor, it could be a good smartphone between the Nokia 1 and Nokia 7 Plus, that HMD Global could launch at MWC 2018.